You'll learn Samuel's take on the "ideal" user onboarding experience, as well as their Mario-fireball concept, Value Paths, success metrics, Jobs to Be Done, segmentation, and their invaluable advice for SaaS founders. 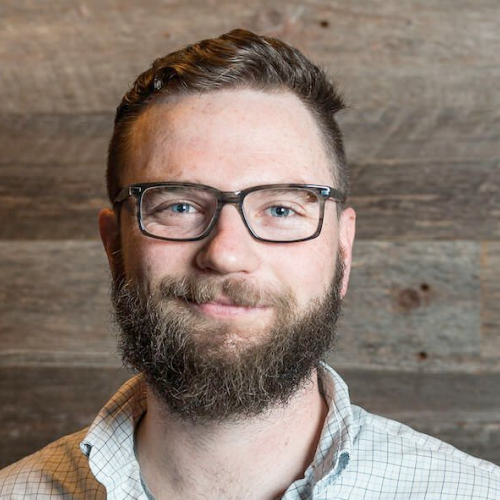 When it comes to user onboarding, one of the first names that pop to mind is Samuel Hulick, an accomplished UX consultant, founder of User Onboard, and author of The Elements of User Onboarding. In this episode, you’ll learn Samuel’s take on exactly that — the “ideal” user onboarding experience, as well as their Mario-fireball concept, Value Paths, success metrics, Jobs to Be Done, segmentation, and their invaluable advice for SaaS founders.

Background and breaking into UX

Samuel first dipped their toes into SaaS as a software developer. They were led to UX a decade ago where they realized how important, yet often overlooked, user experience was at the time. With that need in mind, Samuel went on to found User Onboard, a frequently-updated compendium of user onboarding resources, teardowns, essays, tips and thoughts.

The Elements of User Onboarding

Samuel’s book The Elements of User Onboarding, a go-to among product people, was published over six years ago. The book’s main concept revolves around two focal points: (a) the business outcome of product signups and (b) the outcome sought by the users. A revised edition of the book is in the works.

Samuel is credited with the “Mario-fireball” concept which was illustrated via a meme back in 2014. This analogy to the user experience can be summed up in the following phrase:

“Whenever people are coming to engage with an offering that you provide, they're always seeking some improvement to their lives in some fashion, and to focus more on delivering the improvement to their lives than to deliver the offering itself, like in the form of the fire flower versus being able to throw fireballs. My recommendation is very much to focus on the fireball-throwing, so to speak.”

Another concept Samuel has been developing lately is Value Paths. They recommend to focus on user outcomes::

“My strong recommendation is to focus on the outcomes that people are seeking and get really, really good at delivering those; rather than focusing on creating an abstract concept of ‘a software product’, and then trying to figure out how to sell it.”

Using an analogy of making pancakes, Samuel refers to the ‘before’ and ‘after’ state of the user onboarding journey. While recurrently stressing the importance of outcome delivery throughout the show, they compare the process and its components to the Jobs to Be Done framework. They have, however, throughout the years, developed their own understanding of how to help founders best serve their users.

Samuel and Jane discuss segmented onboarding after referring to their recent tweet about segmentation being “the crack cocaine of user onboarding”. Samuel doesn’t believe in a “one-size-fits-all” approach:

“If people are coming into your product from a particular landing page, or promotion, or an advertisement that you're running, and you can pass that information along to the account that someone creates, your software can deal with them in a way that's just fundamentally more attentive and more resonant with what they're trying to do, than just pre-giving them ‘the same one size fits all’ onboarding experience.”

Here’s what Samuel says on the topic of self-segmentation:

“I would say that it probably shouldn't be the user's job to segment themselves. Ideally you want this to be something almost like it's a magic trick, where there might be providing a little bit of information and it results in something that ‘hey, how did you even know that's what I wanted?’ kind of a thing.”

While still on the topic of segmentation, Jane grabs Samuel’s reference to ‘UX delight’ and asks whether or not they have witnessed delightful segmentation or customization in existing products. Samuel retorts with a reference to MailChimp’s onboarding process:

“MailChimp had one question where it was like a screen with a number of different questions and it was one of many screens in an onboarding experience, so it was really tucked away in there. So the question was basically asking how many people are currently subscribed to their email list if they have one already.”

By paying attention to what their users replied to the questions, MailChimp could then provide wildly different recommendationsbased off of those answers, without the user really connecting the dots. Such kind of information, they suggest, can be most helpful for onboarding customization.

When it comes to measuring user success, Samuel recommends the following:

“My recommendation would really be take a step back and kind of forget about your product for a second, and just get really in tune with the big life changes that are driving people to sign up for your product, and to use it on an ongoing basis and really understand what success looks like in their eyes.”

In Samuel’s view, success metrics wrongly tend to be more centered around the product than the user themself:

“Just go in and measure week over week how many people signed up, and then, of those people, how many went on to achieve the successful outcome.”

In regards to metrics associated with conversion and profitability, Samuel agrees that new users are a great thing to achieve, however, they stresse that signups come with debt:

“When you really look at the economics of it, and you think in terms of your CAC to LTV ratio — CAC being the cost of acquiring a customer, LTV being the lifetime value of a customer — the user is arriving at your doorstep as a negative asset. That's debt that you need to convert into revenue, because you've already invested the cost of acquiring that customer upfront, and you need to have them pay themselves off.”

Further on in the discussion, Jane refers to Adobe’s Creative Suite, which is packed with a large amount of complex tools and little direction on how to use them. Samuel, who has also often considered the complexity of Photoshop as a product, would, had they been in charge of the product, try to “alleviate the educational need in the moment that somebody is first using the product by spreading that education out through time and offering it earlier in that user's experience”.

When it comes to onboarding in complex products like Userlist, Samuel suggests taking the load off as much as possible, and breaking down large tasks into smaller ones. They also return to the subject of desired user outcomes:

“It's almost like building a key and then going door-to-door to try to figure out which one it fits into. You really want to be fitting into the outcomes that people are seeking to begin with, and try to augment their experience with that as much as possible.”

Closing with a reference to the self-determination theory and the book titled Why We Do What We Do, Samuel hones in on the user motivation:

“If you can identify something that is really pulling people, an outcome that really is motivational to people, and that is commonly experienced, that you can be there and be helpful to people with, then you can integrate your business value into that.”