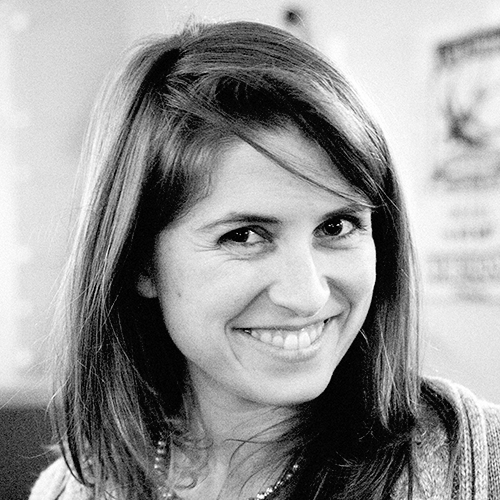 Alli Blum is a SaaS consultant and onboarding strategist highly regarded among the community for her successful methodologies and unique, user-centric approach. In this episode, she and Jane of Userlist discuss user onboarding, customer success milestones, organizational structure, and conducting user interviews.

Coming from a conversion copywriting background, Alli was initially drawn to SaaS onboarding emails. She expresses her fascination in that “interesting moment” of meeting the customer for the first time, which is also the same motivation-driven moment “where the customer context meets the business context”. That same motivation would permeate into the emails she would be tasked to write, but over time, Alli began catching on to something that went deeper than superficial copywriting:

“What I started noticing is, I would be hired to write a set of onboarding emails and I would say, okay, well, the first step is we're going to do some user interviews. We're going to look at what types of actions tend to lead people to be really successful, see what we need to be driving people toward. And the more that I did that, the more that I kept finding, well, you're hiring me to do emails, but there's all of these other steps that should really have been in place before you got to the point of having me do the emails.”

This realization led her to the realm of onboarding, where she prudently questioned — and put to the test — what the ideal onboarding experience should look like.

To this day, she still works closely with onboarding teams, but her emphasis is mostly on strategic context where she poses questions such as:

Alli’s present-day elevator pitch is on point and user-centric:

“I help companies who are working on the strategy component of their onboarding. What do we need to say? How do we design that experience in the product? How do we connect it to the emails that we're writing, and how do we make sure that it's really all about those users? ”

So what does successful onboarding, according to Alli, look like? While she is not a proponent of product tours and slideshows, Alli has her own definitive answer to this question:

“Onboarding is good progress in the context of what your customer is doing when they arrive and what they can do with your product. If you're selling a product that helps people do one thing and do it over and over and over again, the first time they come in, help them do that one thing.”

But when and how is this initial success milestone reached? Alli advises breaking the process down into smaller components:

“You can take that experience and break it down into its smallest components and say, okay, if we know the one activity that is likely to turn these trialists into long-term customers happens on day 13 of their trial, what are all the steps that lead up to it? Is it 10 steps? Is it 12 steps? Is it three steps? And how do we get people working backwards to make sure that they're reaching those milestones in an order that makes sense.”

These milestones, however, may be stymied by roadblocks in the form of minor tasks that are often overlooked by onboarding teams. Alli explains that this tends to be the case with email service providers where the context is not fully taken into account — fields, tags, and all the minor tidbits that get overlooked due to the team’s excitement of doing bigger things. She illustrates the feeling:

“I have to stop and come up with a whole new taxonomy, when I'm here really just trying to email somebody!”

Unfortunately or not, these minor skills must still be learned by users, even if they are short-lived and lack utility long-term:

“There are so many things that go into setting up a new system that you may have to learn, but which may not serve you in the long run.”

Alli compares this necessity of learning new skills with learning taxes — a skill that lacks utility at any other given time other than tax-filing season. Founders, as Alli puts it, are “very biased towards action” when it comes to processes, systems and taxonomies.

Speaking of founders, Jane poses the question of where user onboarding belongs in the organizational structure: marketing, product, sales? Alli admits she has been asking herself the same question since she got excited about onboarding. The most common departments and roles that deal with onboarding that she has found are:

Alli’s constant challenge is the product-marketing split. In the case of onboarding emails, this is not setting anyone up for success, as she claims. She builds up on this thought:

With the common organizational structures being hard to change, Alli says today she is excited to see really small “scrappy startups” where everybody wears a lot of hats. What simply bothers her is “the concept and the structure of having a surface-focused C-suite as opposed to a customer milestone-focused C-suite.”

So what is the solution to setting up the right company structure? Alli’s answer really hits the nail on the head:

“If you want to attract people who like solving problems, organize your company around the problems that you're solving, rather than the surfaces that you're going to sit on.”

Moving onto some real concrete advice, Alli pinpoints the exact processes she has learned work best in onboarding, which is a mix of Jobs to Be Done and switch interviews:

“Really what you're trying to do when you conduct this kind of research is understand why somebody switched. So you want to find people who have recently started using your product, if you can, within the last 30 days, depending on what kind of tool you have, that may not be feasible, but they started using it recently. And there's, there's some kind of indicator that they're successful.”

But how are switch interviews conducted? Alli outlines this user research process, which should be aimed at successful users (those who have logged in once or twice and completed something successfully) first:

“The goal is past tense. All the questions are about what happened that led you there. What did you do before? What was going on when you switched? Who else did you talk to about switching? What was the day that you switched when you first tried using it? What was that like? You're really trying to understand something that has already happened. And there's so much that goes into running an interview that gets you valid data and really useful data.”

Some of Alli’s favorite questions to repeatedly ask during these interviews are:

Alli recommends asking further questions to uncover the users’ discovery habits, which have to do with how the users discovered your product in the first place. This will give you insight into the context the user was in before finding you.

Alli continues with more useful tips on user research, especially for founders who are low on time and resources and are looking to cut corners:

“If you only do a Jobs to Be Done research study, you're going to get a lot of insight about what people are doing and it's going to recommend a whole number of different next steps.”

Switch interviews may offer a wealth of insight and data, but how are success levels figured out? Alli defines success as being similar to progress. This can consequently be discovered through user interviews, and how the users themselves define success.

When the topic of North Star metrics is raised, Alli agrees that it is a cool concept that does not, however, work for everyone. She uses an example of Apple product users and how it may be difficult to pick one specific metric:

“Picking a metric just because you feel like you need to pick a metric doesn't necessarily mean that meeting that metric is going to generate anything positive or good for you or your customers.”

Alli and Jane also raise the topic of the persistent customer support emails that the user may be bombarded with. However, Alli does make a point that some users actually need to be nudged that way:

“There are times when I've seen those kinds of persistent customer success management emails go out and people respond like, “Oh my gosh, thank you so much; I need so much help”. And so, for that audience, it's exactly what they need.”

Alli recommends SaaS founders resources such as the JTBD methodology by Bob Moesta and Chris Spiek, as well as Claire Suellentrop’s Forget the Funnel website.

Alli circles back to Jobs to Be Done to stress its importance once again:

“I highly recommend anyone to Google a Jobs to Be Done interview script and see what are some good documentary style questions. Do 10 interviews and expect nothing to come out of them. They're just practice. You're building your muscle.”

The show comes to a close with Alli imparting two ultimate tips for SaaS founders looking to strategically improve their user onboarding:

You can find Alli over at her website alliblum.com.