Self-Serve vs Done-For-You with Paul Kogan

You’ll hear about Paul's multiple previous products, how he acquired and revamped LessAccounting, their user onboarding struggles, and his valuable advice for SaaS founders. 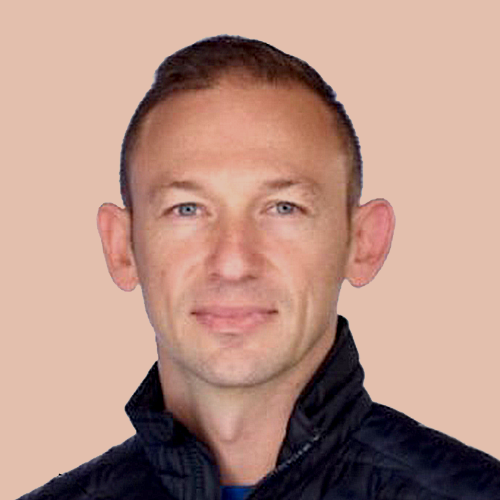 SaaS is an industry open to anyone passionate enough to enter, but certain niches are particularly challenging — accounting and finance among these, no doubt. Our guest today is Paul Kogan, a fearless serial entrepreneur and the “new” founder of LessAccounting. You’ll hear about his multiple previous products, how he acquired and revamped LessAccounting, their user onboarding struggles, and his valuable advice for SaaS founders.

Paul Kogan is a developer, serial entrepreneur, and the “new” founder of LessAccounting. In this episode, he and Jane of Userlist discuss how he acquired and improved LessAccounting, the SaaS product’s features, processes, user onboarding and relevant struggles, along with the various nuances of accounting software.

Background and other ventures

Paul introduces us to his interesting backstory prior to acquiring LessAccounting. A developer by trade, Paul spent a decade working at large banks and the CRM revenue accounting space, during which he “caught the entrepreneurial bug”, as he quotes, and wanted to build something on his own. He started this entrepreneurial journey by dipping his toes first into ecommerce and building an online store for an optometrist in 2004 — the pre-Shopify era:

“I was very excited to build this ecommerce store from scratch. I sat down and did it in 3 to 4 weeks, built this very ugly storefront, but it worked and we were making sales from day one. And it's amazing that today you can actually go and build a Shopify store in just 20 minutes.”

After running the store for 7 years as a technical founder, and once consumerism no longer spoke to him, he pursued his next venture Shipamax, data extraction software for logistics. The idea for the product came from some of Paul’s smaller competitors who asked him for help with reducing their shipping costs. He tells us about that experience and where it led him:

“Over the years we shipped lots and lots of packages and we were able to negotiate very good shipping rates with large shippers like UPS, FedEx, DHL, based on the volumes that we did. So it would basically print little labels for my smaller competitors, mark them up and email the labels, and collect payments through PayPal. So that's when I had my light-bulb moment and I decided to build a platform that would basically facilitate the printing.”

At this point, Paul admits that this project was actually one of his failures, but a valuable lesson nonetheless. Things changed when he stumbled upon Flippa. Fascinated by the ability to buy businesses online, he purchased a content site. This site was monetized through AdSense and Amazon, and helped him “learn the game of SEO”. Between 2012 and 2015, Paul was able to purchase, grow and sell three such content sites.

When he sold his last company, Paul was, as is expected of a developer, drawn to the world of SaaS. He recalls the experience of acquiring his first product in early 2015:

“SaaS was still new at that time and the multiples were very low. So there was a time-tracking software that worked with Quickbooks called GetMyTime that I was able to buy for just 1.7X of the net income, which is unheard of today.”

Paul’s entrepreneurial adventure did not — you guessed it — end there.

LessAccounting: the acquisition story and the product

After selling the time-tracking SaaS at the end of 2018, Paul started looking at more businesses to buy, grow and, potentially, sell. LessAccounting caught his attention, but the platform and product itself were in much need of some TLC. He recounts his first interaction with the product’s platform:

“I looked at their homepage and I saw that they pretty much did nothing with it. I thought, let me reach out to the owners and see whether they'd be interested in selling.”

At the time, it was a neglected business that had lost, as he soon found out, one third of its client base. Paul went on to acquire the company and make some serious changes, resolve bugs, answer unanswered tickets, improve customer service, and spend 12 months overall fixing things.

When the problems were finally a thing of the past, LessAccounting morphed into the successful financial SaaS it is today. But what makes it successful, unique or better than its competitors like Quickbooks? The key term here is simplification, and Paul’s elevator pitch is equally short and sweet:

“LessAccounting is an accounting software platform that basically simplifies the entire business of accounting for freelancers and solopreneurs.”

The product’s features include:

While LessAccounting’s features are impressive, do all users get access to the same features? Do they all see the same things within the onboarding experience? And how customized is that experience?

For done-for-you bookkeeping clients, onboarding is assisted by the LessAccounting team:

“Bookkeeping prospects usually schedule a call with us, and we basically do the entire onboarding for them. So we'll walk them through the different phases of the software, we'll create their accounts, we'll link them up.”

For software-only clients, the experience is a very low-touch process:

“They'll just go in, create their account, usually without any interaction from our side. We do have some messages that help them through the process as they take the steps. But other than that, they rarely contact us for questions.”

While this onboarding approach sounds smooth and painless, it is undeniably peppered with some user journey challenges, which is often the case with “sticky” industries like accounting. Paul defines one main roadblock that occurs during signup:

“One of the roadblocks that we've been struggling with is to provide the users with ability to see the value of the product right away.”

Paul refers to the reluctance of users to add their bank accounts and credit cards in order to connect with the product as being part of this roadblock. This step is still being improved and evolved, Paul claims.

“We're continuously working on improving that, but the ultimate goal is to remove all the friction points, remove all the distractions and just show them one action on one page and nothing else.”

Tracking user progress is the topic that follows, with Paul revealing the tools he uses (Google Analytics, Intercom) and the success metrics he predominantly focuses on:

“We have about 15 emails right now that walk the customer through the onboarding, and we are able to see the open rates and reply rates, but ultimately it's the visit-to-trial and trial-to-paid conversion that we look at.”

But what are the numbers? Paul expresses his dissatisfaction as well as his ambition to improve them:

“We have about 7 to 10 daily signups. These are free trials and we convert at about 1% of that from trial to paid customer. So our goal is to increase that.”

The discussion continues with a look at LessAccounting’s past and the discoveries this product, along with Paul’s overall financial software experience, has led to. “It actually takes a lot more to run LessAccounting,” Paul discloses as he compares his previous time-tracking add-on to his current full-blown accounting product.

When it comes to customer support and success, it’s not uncommon for a financial product to offer hands-on concierge services. LessAccounting similarly employs a customer success manager who sees to such tasks. Support is accessible at LessAccounting approximately 20 hours a day thanks to the well-structured team.

On the flipside, Paul has this to say about self-serve within a financial product:

“I think it adds a lot of value to the SaaS product itself when you have customers that are on the self-serve plan, as opposed to a productized service side of the business. But both have their minuses and pluses.”

Admittedly, self-serve may not always lead to paid conversion or deeper understanding of the product’s premium features. Isn’t a dedicated sales team required for that? LessAccounting does not do cold sales, Paul explains, but rather employs the following tactic:

By now, we’ve learned a lot about how LessAccounting customize and handle their onboarding, so Jane proceeds with a general tips question for the listeners. Paul’s first tip is succinct and definitive.

Tip #1. Don't let the customer guess what they need to do.

“I have them read a manual, just walk them through the process one step at a time, remove all the points of friction. And if something is not helping them to complete that one task that you want them to complete, just remove it.”

Another helpful tip, in the form of a regret Paul would change if he could go back in time, follows:

“I would focus on providing content from day one, educating the customer to solve a specific problem. Solve their problem, and they will love your product.”

The episode comes to a close with two of Paul’s tips for SaaS founders looking to improve their onboarding:

Paul can be found on Twitter but he also loves talking to other SaaS founders. You’re welcome to email him directly at paul@lessaccounting.com.