You'll learn how SaaS sales and customer success compare, how you might approach customer success with long-time-to-value products, what to watch out for with sales calls and demos, and much more. 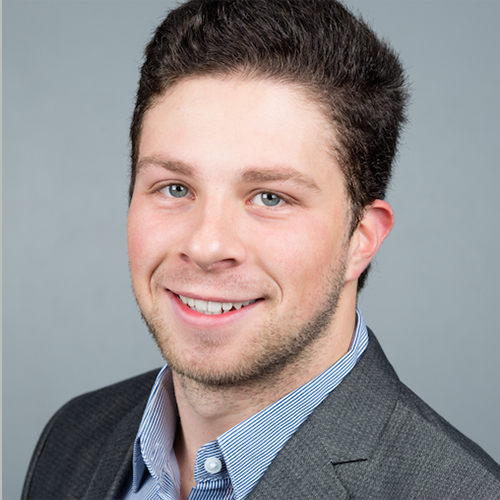 How do SaaS sales and customer success compare? Today we speak with Louis Nicholls, co-founder of SparkLoop. You'll learn how to approach customer success with long-time-to-value products, what to watch out for with sales calls and demos, the benefits and drawbacks of freemium, and much more.

Louis Nicholls, founder of SparkLoop, has learned a lot from his past products. In this episode, he and Jane of Userlist compare sales and customer success, and Louis explains why he believes them to be very similar. Louis covers strategies for approaching other common challenges faced by SaaS founders — how to screen out "bad fit" customers, who the best candidates for sales calls and demos are, potential benefits and drawbacks of freemium, and more.

Louis is currently the co-founder of SparkLoop, a referral tool for newsletters that incentivizes existing subscribers to share with their friends. He stumbled upon the idea with his co-founder Manuel while consulting, as Manuel was running a more generic referral tool at the time — called ReferralHero. Louis’s past consulting experience wasn’t exciting:

"Basically, the two options available to you at the time were a consultant or investment banker. That's what everyone wanted to be. I did internships in banking and in consulting, and hated both of them. So towards the end of my last year at university, I thought, 'I don't know what I want to do so I may as well start something of my own'."

So Louis first started Gymhopper and worked on that until it imploded and he exited, then he led channel sales at a VC-backed company until he realized he didn't enjoy the lifestyle. built a few other smaller companies including PostPerk which was sold just recently, and finally co-founded SparkLoop. These experiences helped shape his expertise now. He learned to have a gut feeling for which types of business could succeed, and it made him bullish on SparkLoop.

The nature of SparkLoop as a product has informed the team's customer success strategy. Though the tool is technically simple to set up, getting a customer to their first win takes longer than usuals. Louis draws a comparison with Jane's Userlist:

"The interesting distinction between SparkLoop and Userlist is that on the technical side, SparkLoop is really easy. It is plug-and-play in a sense, literally two clicks. You can get set up technically within five minutes, even if you've never seen a line of code before.But on the other hand, once SparkLoop is connected up to everything, it doesn't do anything unless you know how to use it. That's where it's really difficult. It's a challenging marketing channel to be successful with referrals."

In response to this challenge, their customer success strategy is to be very available, and to excel at helping customers master the learning curve quickly. Two other components of the strategy involve:

Jane describes that there is a balance between making a promise about the benefits of a product and what it can actually do. Too often, our product offerings won't magically enhance already poor-performing companies or projects. Louis says at SparkLoop they use an onboarding call to qualify their leads. The ensuing conversations with customers can be… awkward as he describes:

"In that intro call we will talk to them and we'll say, 'Look, if you're only getting a 10% open rate, if your newsletter isn't being shared at all by people without a reward, then you're not going to see great results.' It's kind of awkward to say that, but it's also way better to say that upfront than for them to try out the product, not get great results, and then blame you as a tool. That's the danger with a referral program, and it's unique to us."

The positive consequence of such awkward calls is trust:

Selling without sales calls and demos?

For products like SparkLoop with a longer time to value, Louis says that self-serve onboarding is still possible. Like everything, however, it's a risk-reward calculation. They’re numerous benefits of sales calls:

This is key — "as long as we're only doing it with the right people." One great way to ensure you are getting the right people is to essentially have them self-select, at least in part. Louis elaborates:

Louis also believes you can get away with demo-only sign ups, but as Jane can attest to, sometimes that call to action is tricky to optimize, especially depending on the traffic type driving to that CTA. Louis stresses that CTAs should always imply as little risk as possible. Oftentimes that means getting their email first:

“We can get people into nurturing sequences. We can provide value upfront with a download, something they can get value from right away. A webinars series, something like that. I'm always trying to think, ‘What is the lowest friction, least risky, most rewarding next step that someone could take at that stage?’ I normally have a parachute CTA on the page for something like a call. If someone just wants to go straight through and talk to someone, I think that's great. But my main call to action is always the smallest thing I can ask someone for. That's nearly always just their email address."

Where does sales stop and customer success begin?

Louis is the author of Sales for Founders, a course which made him rather famous in the community.. He teaches that usually there is no difference between sales and customer service:

"This changes slightly depending on the size of the company, but for me there is absolutely no difference between sales and customer success. Everybody is doing sales all the time, because sales is just understanding your customer's goals — understanding where they are today, and helping put them on a path to get where they want to be, and mentoring them along that path."

Two themes are this:

Louis doubles focuses on helping customers identify the next step, and march toward their goal. Sharing these steps, this action plan, visibly is helpful. He does this with a tool called Arrows:

"It's like a shared to-do list of what you're working on together and why. We use that at SparkLoop, and it dramatically shortens the amount of time between things getting done. It reduces the number of customers who start and then say, 'Oh, actually this isn't the right time or the right fit, we couldn't do things.' It improves the results and retention. Having one of those shared plans of action with all of your customers, at least with the important ones who are paying you a lot of money, is super valuable. I don't think I could go back to running a SaaS without that."

These action plans help founders focus on the service side of SaaS and avoid giving too much attention to the software — an enticing trap for many SaaS founders.

Checking in with customers

Can Louis check in with all customers? No, for lower-paying customers these check-ins are much more reactionary. For the larger customers, though, he likes to stay proactive. For this smaller subset of customers, Louis is efficient and doesn't need much time to stay on top of things. Especially with Arrows, but also with tools like Userlist. These check-ins don't all have to be manual — automation can lessen the human effort where appropriate. Such check-ins can be triggered by customer data, as Louis says:

"My approach is to always do everything manually first, but over time you can see patterns emerge, and you can automate. That has been very easy for us as a Userlist customer. We pipe a lot of our metrics from our customers into Userlist, and we use that to trigger certain emails."

Before closing, Jane checks in with SparkLoop's brand new “lite” plan. They introduced the plan not to use it as an acquisition funnel, as is customary, but to service a subset of aspirational customers. The end goal? Lessen the burden on customer success. Features that increased support time were gated from the free plan. The free plan still works for these smaller customers, while larger customers can find those advanced features in the paid plans. It might be too early to pass final judgment, but so far, so good.

Do always plan for the next steps.

“Always have a next concrete step and plan with your customers, at least with the important ones. A step that you're both aware of.”

“Don't ask people to take actions that they're not ready to take yet.”