You’ll learn all about the company’s famous onboarding breakthrough, Jordan’s take on product-user fit, as well as his advice for SaaS founders looking to make a real change. 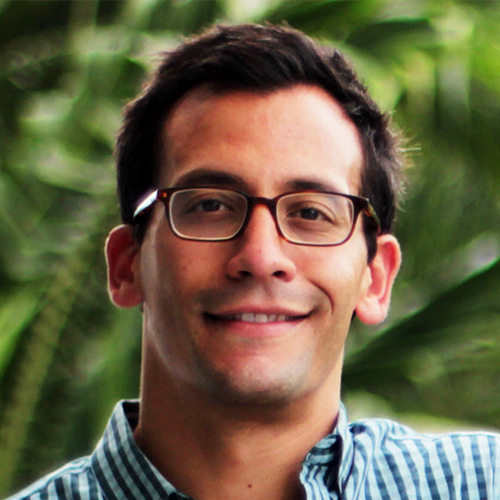 Can a SaaS company restrict signups without putting their revenue at risk? Our guest today is Jordan Gal, co-founder of CartHook. You’ll learn all about the company’s famous onboarding breakthrough, Jordan’s take on product-user fit, as well as his advice for SaaS founders looking to make a real change.

Jordan Gal is the founder and CEO of CartHook. An expert in all things ecommerce, Jordan is widely known among the SaaS community for his famous application-based onboarding process. In this episode, he and Jane of Userlist discuss his product’s user onboarding history and its experimental journey to becoming the ecommerce giant it is today.

Jordan gets into CartHook’s backstory and transitions throughout the years. Initially named after the cart abandonment product it started out as, CartHook transitioned into a post-purchase upsells application for Shopify users. The product ran successfully for a few years, even though it is no longer accepting new customers today.

The Shopify app also went through an ark regarding its target audience, who weren’t strictly merchants, Jordan explains:

“We started off really providing ClickFunnels functionality for Shopify. And that attracted the digital marketers and the dropshipping crowd. And then they went over to Shopify because it has the best backend system for ecommerce for that crowd. So what we were really doing was bridging the gap.”

But before achieving growth and working with big consumer brands, CartHook had to make a good name for post-purchase upsells, as well as their own product:

“It took time for the market to really start looking at post-purchase upsells as a best practice that was acceptable, as opposed to something that was frowned upon and from the dark corners of the digital marketing world. It was our job to kind of class that up and elevate it.”

Establishing a good reputation, however, was only one of the multiple pains the founders had to endure.

Making your product accessible through Shopify seems to solve distribution… or does it? Jordan clarifies that his checkout app actually had no distribution channel. However, the business was very much overwhelmed by inbound sales since the product launched, in spite its huge success:

“When we first launched, we charged a hundred dollars a month and had way too much demand and the product wasn't good enough, and it wasn't ready. And we thought to ourselves, okay, how do we slow this down? Let's triple the price. Let's make $300 a month. And then demand just stayed exactly the same. So we were clearly very wrong on pricing, but that was probably the single most important mistake to learn from in the entire business that changed the whole trajectory of the first year. Which allowed us to get the resources to actually rebuild the product and make it good enough. And that's when the growth came.”

When Jane raises the topic of success metrics, Jordan defines the biggest challenge as being one: there is no easy answer. He elaborates:

“Because we are replacing the shoppers checkout, there are so many things linked to that, from payment processing to Facebook and other pixel tracking, and then integrations with email platforms… There's a lot of work to do.”

The team internally uses Hubspot to track where their merchant-users are. But what was the overall dynamic like in the first onboarding phases? How did the team deal with the flux of users and what was the dominant sentiment? Jordan gives us two opposing sides of that dynamic:

“On one side, people were willing to do extreme things to use our product, and that was exciting and gave us confidence.

On the other side, it was extremely frustrating to have an enormous amount of demand and not be able to service it.”

Luckily, and after some time, CartHook finally figured out their process — but a drastic change had to take place.

Diamonds are created under extreme pressure. Such an allegory holds true for Carthook’s transformative moment in 2019 when they decided to completely revamp their onboarding process. Jordan came to this conclusion when he realized that, in spite of the crazy customer interest, the team internally was getting quite exhausted and unhappy.

In June 2019, specifically, revenue was at an all-time high, with 300-400 trials a month (with plans starting from $300/month). CartHook was “swimming in an ocean of opportunity” but the internal overwhelm was too much to handle.

The team, Jordan found, was doing two things wrong at the same time:

Conclusion? CartHook was rebuilt in July 2019 “while the plane was still in the air” — and they did it in a pretty gutsy way: by shutting down free trials completely. CartHook also implemented an application process:

“You could not sign up for the product unless we sent you a link after talking to you, but we didn't just do it as like “Get a demo”, we said, “Apply to work with us”. Very important on the positioning front. And it was really scary because all those trials went from 400 to zero, and it went to like 20 people signing up because the process we forced them to go through was to apply And if you're declined, we literally would send them an email with a link to a competitor. We’d say “this company is better off for you”.”

If the user’s application was accepted, they would then go through the following onboarding process:

“You cannot walk through the product unless we know who you are, what you do, and we've confirmed you're a good fit.”

To make this move even bolder, CartHook raised the price further, now asking for $500/month as opposed to the initial $300/month, and added a 0.5% transaction fee. They did this on both new and existing customers.

A scary first few months transpired, with churn remaining the same at 10% and revenue initially dropping. How did Jordan even know he had made the right decision? His answer is simple:

“I just knew it was the right thing for a combination of the reasons. First, math doesn't lie (the churn and the growth). I knew what our maximum point was. And more importantly, I just looked internally and the team was tired.”

To understand why users churn, product-user fit is often taken into consideration. Jordan has his own understanding of fit, and gives credits to Lincoln Murphy’s blog post on Success Potential for expanding his thinking on the subject. He gets into the different types of fit that should factor into the answer of whether or not a user/customer is a good fit for the product:

Technical fit — this refers to the integrations being used.

Cultural fit — getting along with the user, liking them or not.

Strategic fit — how the product sees and deals with the user (transactionally or caringly/long-term).

So what about those great customers who strike a good fit? Are there no problems there at all? In answer to Jane’s question about customers who might not like video calls, Jordan admits that he would decline such customers. “I think they’re not a good fit for us,” he says, and elaborates:

“If you don't want to build up a relationship with our software company, you are not a good fit for us.”

We’ve learned a lot about the company’s history, onboarding tactics, and transformational breakthrough, but can any SaaS replicate CartHook’s success, even without the luxury of demand exceeding supply? Jordan replies that he doesn’t know because CartHook’s success was simply something that happened:

But does Jordan advise others to follow his own experiment? He admits he is biased after his big experiment last July, which is no surprise, as everything has been going incredibly for CartHook since. Pandemic-related ecommerce expansion doubled the SaaS company’s GMV.

Jane compares CartHook’s experiment to that of ConvertKit, as implemented by the company’s founder, Nathan Barry, in the form of “The ConvertKit Academy.” However, in this case, the gating-out tactic didn’t work and they then had to switch to white glove onboarding. Jordan’s response to this is a great tip for new and seasoned SaaS founders:

“More people running software companies need to get away from the dogma around the industry and around what you can and can't do. All these things are industry norms, but you need to figure out your own business. And your business and the issues around it are unique to your business. So you have to experiment and be able to do what you think is right for your business.”

And onboarding struggles never end, even after CartHook’s enormous success. The company has now launched a new version of their product, which means they have to figure out the right onboarding for the new version all over from scratch, as Jordan quotes. He also has this final thing to say about SaaS experimenting:

“The most frustrating things around onboarding is that you may want to try and experiment, but the required technical changes are often bigger than expected.”

When Jordan is asked what he would have done differently if he could, his answer is crystal clear:

“I would raise money from the beginning.”

But that’s easier said than done in most cases, when resources are limited, particularly for bootstrappers. Jordan shares his take on this recurring limitation:

“I admire and honor the bootstrappers and that's the world I come from also, but I don't see it as an ideological thing. And I would want to take advantage of the fact that money is more freely available, and then you could really give the product and the team all these things; you could give it what it wants.”

Personal ideologies aside, Jordan goes on to stress the importance of building relationships which is undoubtedly one of the best ways for any SaaS, limited in resources or not, to go about achieving positive change:

“It was best when we formed relationships. This isn't something you want to just mess around with an experiment with for a day. This is a big change in your business.”

The episode comes to a close with Jordan offering two valuable tips for our SaaS founder listeners:

You can find Jordan over on Twitter. If you or someone you know has a Shopify store, welcome to check out the newly launched app at carthook.com.