You'll learn how to scale content for different goals, the editorial process he follows at his agency, tips for content promotion, and more. 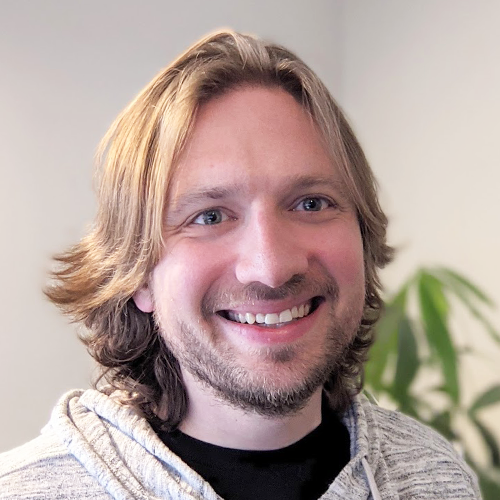 What are the best practices for producing technical content? In this episode we talk to Karl Hughes, founder of Draft.dev. You'll learn how to scale content for different goals, the editorial process he follows at his agency, tips for content promotion, and more.

Karl Hughes found himself with a reduced workload as a result of the pandemic. After about ten years in engineering and engineering manager roles, he was the CTO of a funded startup. His company was caught between funding rounds as the pandemic hit and when the engineering team was reduced to halftime work, he started writing.

At first, his work at Draft.dev was just a few articles for friends and his network. But after only six months, he transitioned to full-time and hired an editor and a few writers. Today there are eight full-time employees and over 150 writers and contractors.

What makes the technical content that Karl produces at Draft.dev good?

"I would say good content is the content that moves your marketing goals forward. What we do is, very specifically, technical content aimed at software engineers and all written by software engineers. Now we kind of branch out a bit into dev ops and data engineering and things that are tangentially related, but we're very focused on this little narrow sphere of writing."

Jane points out some new trends in naming and restructuring of the typical "blog" format. These shifts have changed other pieces of content like landing pages and Twitter threads. At the end of the day, no matter what it is called or the nuanced form it takes, Karl creates quality content. The content strategy is tailored depending on the client:

"Content is very valuable, and whatever format you pick depends on your strengths, and where your team is best suited to deliver. Video is another one that is getting a lot of traction in certain markets these days. Video is awesome. It's a great alternative, but it can also be a good supplement to written content. So they're also not mutually exclusive."

Karl points out that the pieces of content aren't constrained to their initial release and initial form:

"A lot of times I'll write a full blog post, but then I will turn that into several Twitter threads over the course of several months. They may or may not link back to the original blog posts. That part doesn't matter as much. It's about getting the idea and the concept out there. I think a lot of people forget that just because you've written something once on the internet, it does not mean that it's done."

Draft.dev caters to clients with several different content use cases. Some companies are newer and want to get their brand noticed. Others are more mature and want to build their documentation or tutorial libraries:

"There are different use cases and none are right or wrong, but it goes back to the questions of 'What are your goals at this point? What is the stage you're at? What's the most important thing?'"

Karl and his team handle three types of content. The first is step-by-step tutorials:

"We have step-by-step tutorials. We're going to get your code samples, a GitHub repo, screenshots, all that good stuff. This supplements your documentation, or maybe shows use cases for your product."

The second is roundups and comparisons between their clients' products and others in their space:

"We have developers writing these things. They are people who have used these sorts of tools before and, in most cases, used the client's tool before. So that's really helpful for showcasing what you're good at and what you're not good at. Those may live in a knowledge base or they may live as a standalone landing page."

And third is the guides:

"We do a lot of higher-level guides, introductions, and deep dives. I kind of lump these altogether because essentially we may do code samples, but we're not building a whole demo app. Instead, we're talking about a high-level view."

Where should all this content live? Smaller companies, as they just start to ramp up their content, don't need to be too concerned with where it all lives. As companies grow and start amassing more content there is a need for organization, though it's still not common for readers to comb back through your archives. Despite this, it can be helpful to categorize content and sort it based on where in the marketing funnel the call to action is targeting.

Who writes the articles?

Creating increasing amounts of content requires scaling an army of writers — Draft.dev currently has over 150 active ones. They found them by first reaching out to Karl's immediate and expanded networks. After that, they started posting on targeted job boards for remote and part-time programmers. They also go out and recruit specific writers for specific articles:

"Somebody came to us with an article about something, a very obscure piece of technology that very few people have worked on or written on, and it was mostly deprecated. We had to go out and find a writer who actually used to work at the company several years ago and see if they wanted to come in and write this one piece of content. So we go out and recruit specifically for very niche pieces when needed, and that's just sometimes necessary when we're dealing with really technical content."

Paying writers to create the content can be expensive. Despite using highly paid developers, many of them are writing part-time on the side or for extra money. And some of the reward and motivation isn't monetary, but in the recognition:

"It's a great branding exercise for our engineers who are looking to make that move from mid-level to senior or are looking for a job in the future. A lot of them tell me stories about getting reached out to for jobs and freelance opportunities because of articles they've written through us."

Depending on the technical complexity of the content to be produced, the team can occasionally make use of ghostwriters. This can be too expensive for ill-fitting content though.

The production process at Draft.dev is what allows them to produce technical content at scale. The first step in the process is developing a detailed outline:

"First we have a briefing and outline creation process and work with the clients to create detailed outlines about a page each for each article."

After approval, writers started to develop the content and Karl describes that automating their processes is necessary at scale:

"We've got a big pool of writers and a large pool of clients and work coming in every month. The challenge is to match those up and make sure that we don't lose track of things along the way. We've built a lot of automations that probably aren't necessary at a small scale. Once you get to a scale like ours, where we're doing hundreds of articles a month, it's absolutely necessary."

While they used to have more condensed editing roles, they now typically split out a developmental edit and a copy edit. The prior ensures that the technical details are correct, that the content flows, and that the writing is good. The latter — a check of grammar, formatting, etc.:

"Each piece that we're producing goes through five or six people by the time it goes back to a client, but that's kind of the only way you can do this stuff at a level of scale that we're doing. Smaller companies can get away with maybe having one really good developmental editor or technical editor, but bigger companies are usually going to start building out different roles for each of those things."

Companies at different stages will have different needs for their content strategies. On one end of the spectrum, really small companies are just trying to produce the bare minimum, usually with content that simply shows off product features and functionality. This is great content for when customers ask 'Can it do this?':

On the other end, the biggest companies are looking to further the foothold that their content already has:

"They're looking to build out this scaled-up content production machine where they might be doing 20, 30 posts a month and getting tons of keyword coverage and interlinking and building backlinks and all that stuff. That's really hard to pull off when you're one single founder who's managing."

As companies grow their content portfolios, Karl says it's not critical to figure out what to surface at the top of your blog, for example, but that it is critical to promote the content.

Getting your content seen after creation is best done through promotion and SEO:

"SEO is a mathematical game in a lot of ways. I'm not saying it's completely predictable, but it is largely a function of how complete a piece of content is for answering the query and how many backlinks does it have from good reputable sources?"

Karl's approach to backlinking is admittedly unconventional — he waits for others to link to the great content. In one example:

"We do this with a few niche newsletters that are in our space of developer marketing. We sponsor them regularly so I have a really good relationship with the people who run those newsletters. If I have a really good authentic piece of content that I think they should consider, I'll send it to them. There's no obligation. They don't promote all of them, but it certainly doesn't hurt that they're always looking for content."

These types of people and distribution methods are great for surfacing great content. Draft.dev focuses on the production and not the promotional side — thus Karl doesn't necessarily know how the content they write goes on to perform — but he recalls some pieces that he was proud of. Jane shares one of Userlist's long and in-depth pieces of content that details the 50 best SaaS podcasts.

“Learn a little bit about content strategy and get into that first. Try to understand what the pieces are going to do.”

"It's not magically going to find its way to millions of users. Even if you write it with SEO in mind, you still have to find a way to get in front of people."