You'll learn why product teams are moving away from time-based roadmaps, how this framework allows flexibility, and why it’s okay to apply only some parts of a methodology based on your situation. 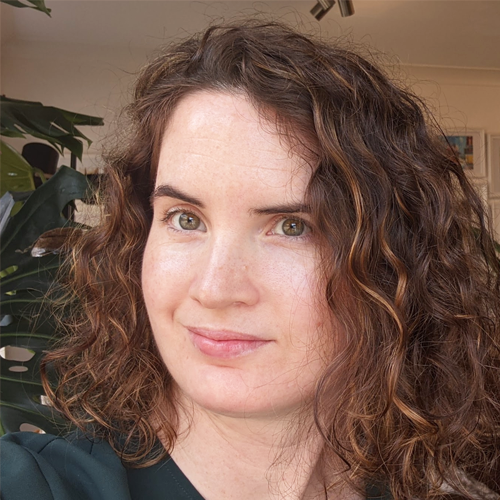 Can your roadmap be better than a traditional timeline? In this episode, we talk to Janna Bastow, co-founder of ProdPad. You'll learn why product teams are moving away from time-based roadmaps, how this framework allows flexibility, and why it’s okay to apply only some parts of a methodology based on your situation.

Janna Bastow, founder of ProdPad, was a product manager before she decided to focus on her ownSaaS full-time. And just like many product managers, she used timeline roadmaps because this was what was expected of her.

But when she failed to deliver on those roadmaps, she always beat herself up for it instead of looking for the true cause:

"I just thought that was the fault of my own delivery. I didn't realize that other product managers were struggling with some of the same things."

The turning point was when Janna started digitizing these roadmaps and shared her tool with other product people.

The early version of ProdPad

The early version of ProdPad was based around a timeline roadmap and was created to solve Janna's own problems at work. She eventually shared this with other product people who were going through the same problems:

"At first, people loved it. They loved this idea of being able to really easily and quickly take features and stuff and put it on the roadmap and stretch it, squish it, and show where it sat on the roadmap. And they loved that they could quickly display this to the rest of their team."

But after a month, they started getting feedback from early customers because they wanted to take all the things from the first part of the roadmap and move it over by about a month. This was because most of them hadn't delivered on so much of the roadmap.

"They needed to select multiple items from the roadmap and move it over but we didn't have the multi-select feature. Had we listened to our customers, we would've just built some multi-select drag and drop tool, which would've been a little bit complicated to do in jQuery at the time. I didn't really know how to do much with jQuery and we were just putting together something simple."

Because of this, they started asking the 5 whys and trying to understand what people were trying to achieve with their roadmaps. This was when they realized that timeline roadmaps were actually setting up teams for failure:

"No one was delivering on their roadmap. No one was actually hitting what they'd said they would.

They were all being almost beholden to the deadline that the timeline created at the top and were just doing the best they could by stacking things in the order that made sense on the roadmap. But they actually weren't paying any attention to whether the timeline made sense to things underneath."

So they started asking themselves: what would happen if we got rid of that timeline? They wondered if they could create a framework where you can think less about time and focus on when something is going to be out in relation to the next thing.

With these questions in mind, Janna and Simon then worked on what would eventually become the now/next/later roadmap:

"We came up with something that had three columns and it was called 'current-near term-future'. These three buckets were sort of taken from the cone of uncertainty where you can see the further out you get from the bottom left, the more uncertain something becomes."

With this framework, you can classify items and tasks based on the level of uncertainty and time: Now, Next & Later.

Janna and Simon then put together something very simple that reflected this new framework. The product people loved this early version of ProdPad because it was solving their problems. However, they were not used to anything that didn't look like a classic roadmap. But the team stuck with it and referred to it as a "lean roadmap":

"They loved the freedom it gave them. We felt that it gave people permission to step away from the timeline roadmap into something that gave them a little bit more freedom to think about the order in which they were tackling things and less about whether they were gonna get something out in time in December."

One way to wean off teams from the yearly roadmap is to classify things in quarters and see them in the now/next/later framework:

"Do the Q1, Q2, Q3, plus, plus. You're getting into the area of saying, 'Well, this is the now horizon, this is the next horizon. This is this bigger horizon beyond that, without getting too specific about dates."

Flexibility and working with deadlines

While the now/next/later roadmap doesn't focus on dates, it doesn't mean that you're unable to put dates on this roadmap.

"It just means that you're not forcing everything in the roadmap itself to have dates just because of the format of the roadmap."

The problem with timeline roadmaps and dates is that they affect the quality of work being put out:

With the now/next/later framework, it's easier for other tasks or items to be flexible enough to make way for things that have upcoming deadlines:

"The key thing is not to penalize yourself by giving dates for everything unnecessarily."

This also helps companies have the choice of how much of their time they will allot for discovery-led projects and date-driven projects:

"We're only going to take on maybe 50% of these types of clients and leave the other 50% open to discovery. Because in that discovery space, that's where the magic happens. That's where you can discover really interesting, juicy problems that can solve issues and allow you to scale much more than just solving a problem for one particular client."

Do start off with a simple roadmap.

"Don't try to create a perfect roadmap right off the bat. Think of your roadmap as a prototype but for your strategy. Start really simple."

Don't be afraid to share the roadmap with external stakeholders.

"The more eyes that you get on it, the more validation you're going to get."