You'll learn what equipment and tools Cassidy uses for streaming, tips on how to get started, different approaches to handling the live chat, and more. 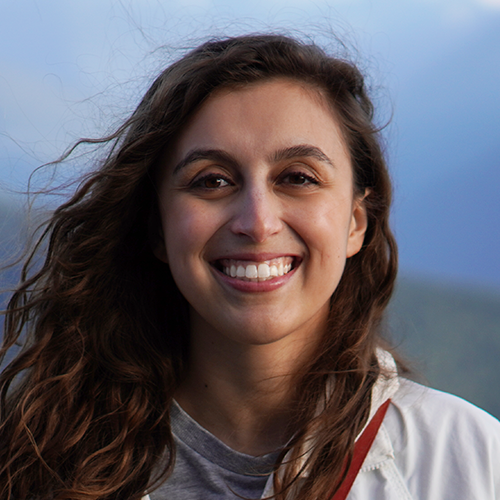 Need a crash course on how to approach live streaming? In this episode, we talk to Cassidy "Cassidoo" Williams, developer and content creator. You'll learn what equipment and tools Cassidy uses for streaming, tips on how to get started, different approaches to handling the live chat, and more.

Cassidy Williams, developer and content creator, was looking for ways to give back to the dev community. She wanted to give people the tips and resources she wished she had when she first got into development — things like tutorials and guides. She also wanted to provide some fun resources like her newsletter and her streams.

Cassidy has livestreamed consistently for a year and a half and semi-regularly for about four years. When she worked at Amazon with her sister, they streamed about the Alexa SDK together and had fun doing it. At the start of the pandemic, Cassidy became more serious about it and started to teach coding while spending time with the community. Live streaming fits in well with her strong personal brand, a brand that she describes as goofy yet informative.

For the absolute beginner, Cassidy breaks down the general structure of a livestream:

A good example? Her coworker's "Learn with Jason" stream is a regularly scheduled show with a guest and a live coding session. Cassidy's streams are a bit less formal. Without a set agenda, she will often start the stream and co-work with those in the chat. She may field questions, she may demo something in React and she'll stream until she gets to a good stopping point. When wrapping up, she will "raid" another stream. For those unfamiliar, a raid is a good thing and they are part of the discoverability and community elements built into streaming culture:

"That's the term for it, where you end your stream and then bring all of your viewers to someone else's channel. It's an etiquette thing."

The popular streaming platforms are Twitch and YouTube. Some may go live on Instagram or TikTok, but developers tend to code on the prior two platforms. To set up the stream, a desktop application is typically required. These apps (OBS, Streamlabs, and Twitch Studio) connect to your account on the streaming platform using a "stream key":

"Once you hit 'start streaming', it's a go and that's it. What's cool about it is that you can really be a producer of this stream where you could just have it be your camera. But you can also add different aspects of the chat, different fun interactions to the actual page."

When first starting out, it's possible, and even likely, that only a few viewers will be watching when you go live. Cassidy describes a few ways to get the ball rolling.

First is the raiding mechanism described earlier. As you raid others' streams, they may start to take notice and raid back after a while.

The second is built-in discovery on Twitch. If you have some streams with decent content, it's possible that they will get surfaced.

She recommends sharing the quality content that you have and growing slowly from there. Additionally, she says there's no need for any fancy equipment when starting out — it's all about getting comfortable. Inviting a guest can help facilitate conversation and interaction making things a bit easier.

The logistics of streaming

Jane asks about responding to the live chat without the assistance of a moderator. Each person handles it differently, but it can be tricky:

"I know some people basically ignore the chat entirely because they know what they want to say, and they just want to get their thoughts across. For me, I really like the chat because it gives me something to build off of where I say, 'Oh yeah, that's a great point. Let me dive into that.' The chat guides my conversation. For some people, the chat is more just like an aside to the conversation. It really can depend on what you're comfortable with."

From an energy standpoint, as an introvert, she says streaming can be tiring. The chat can also be energizing, though. The feeling of community and playing off the interactions is exciting even if it takes effort. As a streamer you will grow over time as well:

Cassidy stresses that higher-end equipment isn't necessary to get started — a webcam will do. Over time, she has upgraded her setup to include a Shure MV7 microphone, two Elgato key lights, and a Sony a6100 for a higher quality camera. She watched some lighting tutorials on YouTube to get set up and she likes her background with personal touches.

Regardless of the equipment you choose, one major benefit to streaming is that it requires little to no post-production. This makes getting to an "MVP" for streaming quite simple after setup — pick a topic, ideally around a theme, share your stream around and go live:

"If you are consistent with your schedule and your theme, the people do come at it. You don't necessarily live in a bubble with how Twitch and streaming work in general because of the raiding mechanisms, how they do discoverability, and how it rewards that sort of consistency."

Jane asks if Cassidy can make a generalization about who primarily is showing up to watch IT and tech streaming. It's tough to narrow down, but she thinks there's a pattern that these watchers want some kind of community, that they want to interact in the chat with the streamer and with each other.

Cassidy sees some cross-pollination in her own audiences amongst her marketing efforts:

Ideally, distributing the content directly to this audience from her own site or controlling the platform would be better than allowing Twitch to host it, but there would be major drawbacks to that:

"You wouldn't have the discoverability aspect, the community aspect, or the raiding aspect. I think because the community-building aspect is the biggest draw for me and for a lot of the people around, I'd rather have that than be able to own the content."

Do try to stay consistent.

“If you are consistent with your schedule and your theme, the people do come.”

Don't worry about having the best gear to get started.

"My setup definitely upgraded a lot over time. When I was initially doing a setup I basically just had a webcam and a dream and went from there."