You’ll learn about SparkToro’s onboarding and launch strategies, their highly successful user survey, conversion tactics, and the founders’ past and present challenges. 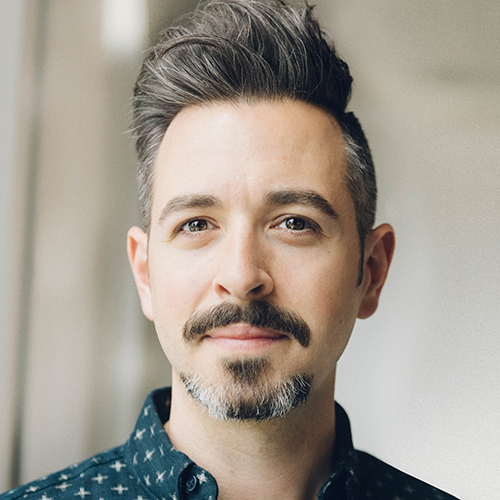 How does a brand new SaaS company launch smoothly amidst a global pandemic? Can the founders learn from past errors, or is it all about starting from scratch? Today’s guest is Rand Fishkin, co-founder of SparkToro and previous co-founder at Moz. You’ll learn about SparkToro’s onboarding and launch strategies, their highly successful user survey, conversion tactics, and the founders’ past and present challenges.

Rand Fishkin is the co-founder of SparkToro and previous co-founder of Moz. He is additionally the author of the book Lost and Founder and a frequent keynote speaker at marketing conferences around the world. In this episode, he and Jane of Userlist discuss both of his products’ user onboarding strategies and struggles.

The discussion kicks off with Rand revisiting his initial founder journey at Moz in 2007, which had originally started off as a blog before morphing into a consultancy company, and then an SEO software company. He stepped down from the CEO role in 2014, then left the company permanently in 2018. SparkToro became a reality literally a day later. This product would focus on audience intelligence and market research, providing the answers to questions such as “who is my audience” and “where do they go online?”.

“Most of our customers tend to be marketers, startup founders, agencies, consultants, those types of folks,” Rand elaborates.

The product officially launched in April of 2020 — “the worst time to launch a new company in 90 years” as Rand humorously puts it. He and his co-founder, Casey Henry, managed to secure funds for the SaaS via angel financing through an LLC which conveniently allows profits to be paid out as dividends. This SparkToro funding process has been disclosed to the public through open-source docs with the intention of strategically assisting new founders in their fundraising efforts. Rob Walling’s TinySeed has also implemented the SparkToro funding method, as have various others.

Rand goes on to talk about his team and how he often works with consultants, contractors and agencies.

Key takeaways and lessons from Moz

Moz seems to have paved the way for SparkToro by equipping Rand with valuable experience and insights. He looks back on his experience and retrospectively pinpoints two valuable lessons he learned:

Lesson one. Putting out a minimally viable product can be a terrible idea, especially if you have a big audience.

“We really bought into the idea popularized by the Lean Startup and by a lot of Silicon Valley tech companies of the MVP, the minimally viable product. And we launched a lot of what I would call crappy first versions that got the job done, but did not really impress anyone. And as a result over time, Moz built up this reputation for a number of years of being a place that launched crappy software.”

Lesson two. If you’re building a product, you need to consistently invest in its improvement.

“Consistently invest in upgrades, in feature enhancements and improvements, and build a culture around that. I think one of the things that Moz did very foolishly and at my direction — this is completely my fault — was we kept trying to launch more new things instead of improving the things that were already working, and that our customers already loved and were using.”

SparkToro did not go about its product development as Moz did. This time, the team did 18 months worth of product building and a lot of beta testing, all of which paid off generously in the end. “I'm glad we waited to launch, even though it meant we launched in the middle of a pandemic and recession,” Rand says, “because adoption was quite good when we finally did come out.”

While SparkToro was more strategically developed and launched, it still had — and has — challenges to face. When asked about the biggest product stumbling blocks, Rand hones in on two:

So how have Rand and his team tackled these issues?

For the audience definition problem, Rand is already considering a tactic that may relieve the users of their struggle:

“I think that over time we might be able to help people with that, by asking them instead for their website, and then trying to latently figure out who their audience might be, and then giving them suggestions of searches based on that.”

As for getting the users to that next step in their journey, Rand has made some improvements by tweaking certain aspects of the interface:

“We revamped the first landing page, the way it looked and presented data, and found better results. So now we see more people performing queries and more people clicking through from the first overview of those results into a particular tab. And as a result, we're seeing an increase in conversion rate to paid acccounts, which is great, and an increase in free signups, which is also great.”

“We have an admin panel where we can see that data and we can see folks who make it from one page to another. We use Google Analytics, pretty simplistic. I don't think we have any other analytics tracking other than the custom stuff that Casey built; and we use Hotjar as well.”

Rand reveals that Hotjar in particular was recommended to him by a conversion rate expert, which then brings us to the topic of what other improvements have contributed to SparkToro’s evolution. Rand describes how a large survey was put into effect this past June, which resulted in 750+ users answering it.

When Jane raises the topic of search engine optimization, Rand voices his disinterest in this marketing tactic, acknowledging that this opinion is “a complete 180” from what he did at Moz:

“My goal is not to rank number one for audience intelligence. That would be kind of useless. Almost no one searches for that. Maybe it gets like 50 searches a month, if that. And probably most of those people are people who listen to podcasts where I talk about audience intelligence. Instead, my goal is to get lots of people searching for SparkToro and thinking about whether the strategy of digital PR, appearing in all the places where their audience already pays attention, is a worthwhile marketing investment for them to make.”

But how can a SaaS go about defining its category with keywords? Rand’s product may, admittedly, be creating a category of its own, which he believes is a good thing:

“It's much better to build something unique, make the world a little bit richer with more offerings, than sort of say, ‘oh yeah. I'll just copy what this other company is doing and try and do it slightly better’.”

The discussion carries on with references to SparkToro as a freemium product, and Rand’s approach to converting free users, which includes an 8-email sequence delivered over five weeks, his own personal emails, and how he personally spends a third of his day responding to user queries.

Lastly, Rand reveals SparkToro’s areas in need of improvement, such as the language barriers and challenges for non-English speaking users, as well as assisting those who struggle to identify their queries.

He also closes with some bonus advice on how to create a great user survey by including the following questions as based on SparkToro’s survey:

Rand can be found over at Twitter, and you’re also welcome to visit SparkToro and get the product for free, forever.