You'll learn how Google Analytics has evolved over the years, the benefits of organizing your data, tips when using Google's entire suite of data tools, and more. 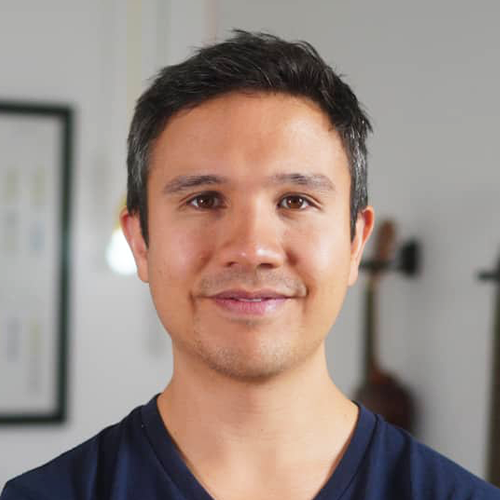 How do we make the most of our data in Google Analytics? It’s free and extremely powerful, but also intimidating. In this episode, we talk to Julian Juenemann, founder of MeasureSchool and a Google Analytics expert. You'll learn how Google Analytics has evolved over the years, the benefits of organizing your data, tips when using Google's entire suite of data tools, and more.

Julian Juenemann, founder of MeasureSchool and Google Analytics expert, is helping people learn the data-driven way of digital marketing. Julian started as a digital marketer and making the most of the data was what helped him most along the way. He wanted to help others solve problems with their data, which became the foundation for MeasureSchool.

What he found out was that people didn't necessarily have all their data available to jump directly into problem-solving:

"Or at least not data customized to their business. So I started helping people to implement Google Analytics and other tracking tools. I got into a tool called Google Tag Manager, which helps you to install tracking codes on your website."

Julian's YouTube channel has grown and his membership program works to transform people from digital marketers into professional tracking specialists. Julian says that people are often looking to collect more and more data, but the quality of the data matters more. Ultimately, to see a return on the data, you have to be able to structure it, make sense of it, and make impactful business decisions using it.

The evolution of Google Analytics

Julian gives Jane a brief history of Google Analytics, how it was acquired instead of built in-house, and why it was important for Google in the context of search advertising:

"It quickly developed into one of the most popular ones out there — mainly because it was free, but also it was immensely powerful. Anyone from just starting a business ranging to a midsize business could use Google Analytics. If you enter into the enterprise space, you probably will utilize something else."

The biggest competitors emerged in the area of product analytics. Tracking product data in addition to CRM data, email marketing data, and more became as important as tracking simply where traffic was coming from in the early web years. Google has recently announced the switch to Google Analytics 4, GA4:

"Google Analytics 4  is a little bit more open and product-focused because the data model changes quite significantly. It's not all about pageviews and sessions anymore, but actually about events."

Julian describes that previous versions of GA were based on sequential, page-by-page navigation of websites before the popularity of one-page frameworks. Over ten years ago, there weren't mobile apps — obviously, those have become prevalent since. Through the years the web side of GA and the app side haven't always been tightly integrated. Privacy has also been a big driver in the changes to GA4:

"Privacy is now a really big topic here in Europe, and more of a topic in the U.S. as well. How do you handle data that you send over to an entity that is over in the U.S.? How is your data stored? And what identifiers are you handling? Google wanted to build a new system from the ground up, and that's what GA4 is now."

He says GA4 is a new platform with the flexibility to better organize data, so long as you put the effort in.

Customization and making the most of your data

Getting rich data in Google Analytics requires customizing your tracking implementation. Using Userlist as an example, Julian details the type of event data that Jane could be sending into GA to get a fuller picture of the data and to be able to segment the data. The issue is that this level of customization is something that companies don't take advantage of:

"Google has these capabilities for you, but they're rarely used because nobody knows how to build it and it actually requires a little bit of technical knowledge and work to put this in place."

Once you segment the data and you customize the GA schema for your individual business needs, you can find more insights within the data. Jane mentions that she might be wary of sending all kinds of data into GA and Julian admits, Google has a reputation:

Google will start to keep only aggregated data after some time as a result of this change and GA4 attempts to quell some of the privacy concerns.

The benefit to sending all of this data to Google is that Google Analytics and Google Ads are tightly coupled. This allows for more targeted advertising and remarketing where appropriate.

Jane asks if pageviews will still be visible as the data model for GA4 changes. Julian says they will, but that part of the changes involves a move to events:

Some of the classic metrics are getting changed. For example, bounce rate is being turned into engagement time.

Jane then asks about common use cases and what reports people should pull. Julian reemphasizes that the specialty for GA is marketing analytics and understanding where your customers are coming from. He recommends first making use of UTM tags to be able to track what you need. The second step would be to measure conversions and rates, but you need goals:

"If you don't have goals installed or conversions in GA4, that's a must. The data doesn't really make sense unless you're measuring against something."

"You can really experiment with the typical behaviors of users on my website before they can convert. This paints a picture and you should start assembling a map that you have with your data."

Julian provides the rundown on each of the individual tools in the Google suite.

Google Tag Manager is the solution for managing many different tracking codes on your website. What used to be code snippets that a developer would maintain are now changes that can be managed in a central interface. Google Tag Manager also allows you to test tracking which is helpful because tracking breaks all the time.

Google Analytics is the data capturing and modeling system. From within GA you filter, model, sort, add, and do some quick analysis with the data you have. If you need to present or give access to the data without overwhelming the intended audience, there's a tool for that too.

Google Data Studio is where you can connect to different data and share it out:

"You can visualize your data with different charts and with different functionality. This is really the reporting or visualization dashboarding suite of Google Analytics, and they work well together because Google Tag Manager has the measurement side in mind."

Optimize Google is the A/B testing suite and the way in which we can personalize things on our site for individual users.

Google Ads and Google Search Console can allow you to collect more data and improve performance on things like your SEO efforts.

All of the tools work well together but are separated in part for privacy concerns and in part due to the types of data you might have in each:

"Search Console data is really third-party data and Google Analytics is first-party data. This is data that you own on your website and I wanna make the distinction so that you can always go and say 'I don't want to be using third-party tools anymore.'"

With all this data, AI and machine algorithms can help us process it, but only to a point:

"We need to feed the algorithm the best data possible — clean data and good data. That's something on the tracking side that is still a big, huge challenge. As the world gets messier, we cannot get all the information about where the user came from."

Who can help our team?

To wrap up, Jane asks about the typical profile of someone who knows GA4 well, as it seems like more technical knowledge than the general digital marketer may have. Julian says you want someone who knows about everything that's possible in Google Analytics and that knows the related tools very well. He refers to the role of a tracking specialist.

Beyond knowing the tracking setup and the capabilities of GA4, he says:

Do get Google Analytics 4 installed now.

“GA4 is a completely new tool, so you need to get used to it and invest a little bit of time into it in order to know where to find your data later on.”

Don't fall into the trap of just trying to find the next new tool.

“Google Analytics already gives you a lot, so you already have the data you need. You just need to sit down and think how to make sense of it.”