You’ll hear the story of MailPoet, as well as Kim’s insights on user onboarding, fighting churn, website design, and more. 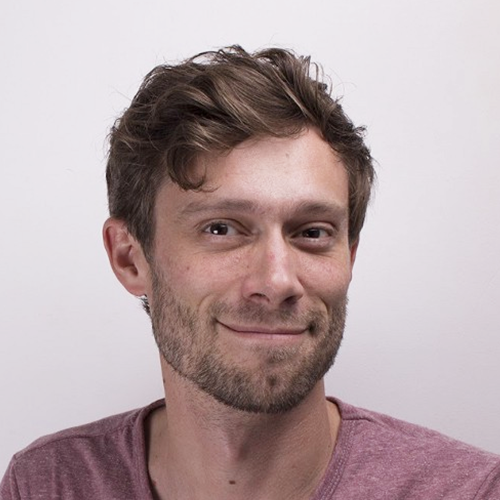 Effective user onboarding is a matter of life and death for freemium products. Today we’re learning from one of the most established players in the email plugin industry. Our guest is Kim Gjerstad, co-founder of MailPoet. You’ll hear the product’s story as well as Kim’s insights on user onboarding, fighting churn, website design, and more.

Kim Gjerstad is the co-founder of MailPoet, an email plugin for Wordpress sites. In this episode, he and Jane of Userlist discuss his product’s story, its ups and downs in the onboarding realm, and the insights Kim has garnered after nine years of product life.

Kim begins by introducing his product MailPoet, and dissecting its various functions and features. An email solution for Wordpress sites, Kim compares the SaaS to a “small Mailchimp” which can be accessed without ever having to leave WordPress. Nine years since its inception, MailPoet continues to offer a successful streamlined product which, in and of itself, is “fairly large enough of an endeavor” according to Kim.

With 10,000 downloads per month, MailPoet is one of the most popular plugins of its kind. Kim explains why the product uses a freemium model, and how paid plans work:

“There are many types of plugins that do all sorts of different things for your websites. We are just one of the 30,000 or 40,000 of these plugins. To be on this plugin repository, you need to be absolutely free. And so our main solution is free, but then if you have more subscribers, or if you want us to send your emails, then you sign up to a paid plan. And those paid plans are incremental depending on how big your subscriber list is — very similar to other emailing solutions.”

Kim describes how being in this plugin repository has solved a lot of the initial startup problems related to user acquisition. This may not be the case for new founders though:

“We don't need to do a Product Hunt campaign, or we don't need to necessarily do all of the different marketing efforts to get acquisition. Once you're well positioned in the repository, it brings you this natural flow of incoming users, which is extremely practical. Now, today, if you were to launch on the plugin repository, it's quite mature. So it's a lot harder than it was maybe when we started nine years ago.”

Roadblocks are inevitable for any SaaS product, as is the case with MailPoet. Kim claims that user onboarding contributes largely to those struggles. While a free plan encourages people to sign up, MailPoet has a ‘treacherous’ funnel, as Kim coins it, which proves to be a challenge for some users.

And user struggles are just the symptom of the problem. What about the cause? For MailPoet, it was a matter of revamping the design and getting the right people in to provide a roadmap. Kim states that MailPoet hired a new product manager two years ago, who successfully pinpointed the problems and started working on the solutions. With the use of Mixpanel as a tracking tool, the end results proved to be quite positive:

“At the end of the day, we were able to have 20% more activation. Now that's not retention, but at least it's activation.”

In regards to first-time product users, Kim makes a statement about the importance of first impressions:

“Onboarding and sign-up is the first impression your users will get. And often it's not related to your features; it's more related to the perception of your users in regards to how easy you've made it for them.”

However, with first impressions come user expectations. Kim describes MailPoet’s transparent approach to what the user can expect:

“We have a demo website. We have videos. You can see what the interface looks like. We try as much as possible to show what our UI looks like; we don't hide behind illustrations and all that.”

But once these first-time users are actually using the plugin, how do you prevent them from suffering feature boredom and churning? Kim breaks such users down into two categories:

“There are two types of users out there: there are the ones you never hear about that do their homework and read and try, et cetera, and then you have a lot of users that don't even bother, or there's just too much information and they just write to you directly. So you have to expect that none is better than another. It's just that they're two different approaches to them.”

Moving on to the topic of user segmentation, Kim explains the struggles of managing and catering to such a giant user base:

“It's very hard to fill everybody's needs. So some people will have very specific needs; like, media websites don't have the same email needs as ecommerce users. So it's hard to listen to everyone.”

Lastly, Kim defines MailPoet’s segmentation challenges as being opposite to those of other SaaS:

“We don't have a niche. We have the entire world there, and also in different languages. So our challenge is quite the opposite.”

When asked about own discoveries and insights on user onboarding and how MailPoet secured 20% growth, Kim divulges that small iterations worked best. But the biggest discovery of all has more to do with the significance of time:

“The biggest discovery for us was really that most people only have a few minutes to decide if they’ll stick with you or not. So that initial 10-15 minutes they spend on your app is very critical. And even though you optimize it as much, a second learning is that there will be a lot of churn. And it's hard to compare churn with other businesses because we're all unique, but you need to compare churn with yourself in time and try to figure out why are people churning.”

Even after nine years of MailPoet, Kim claims he and his team are still trying to figure out why users churn, as “people who churn don't have time to explain to you why they churn”. The churn problem also boils down to having a vast amount of users, each with their own different reason for churning:

Is there any calendar pattern to user churn? Kim reveals MailPoet’s best months are September, October and November, with decent sales in January, February and March.

When asked about what he would have done differently given a new product, Kim’s answer is definite:

Kim closes the show with this onboarding advice:

“Strike the right balance between showing your users what they can do in-app and allowing space for discoverability.”