You'll learn why you need to get your product out there as early as possible, how to follow your gut feel in finding the fit, why you should focus on your core product, and more. 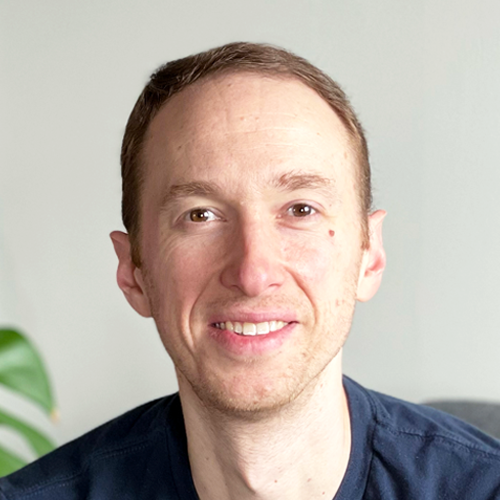 How do you find that elusive product-market fit? In this episode, we talk to Andrew Reifman, co-founder and chief product officer at Makeswift. You'll learn why you need to get your product out there as early as possible, how to follow your gut feel in finding the fit, why you should focus on your core product, and more.

Andrew Reifman, co-founder and chief product officer of Makeswift, is a designer by training and a developer by trade. His first job was at a dev shop where he learned web design and front-end programming.

After going through several startups, he eventually met his Makeswift co-founder Alan Pledger to work on Landing Lion, a landing page builder. This project really spoke to Andrew as a designer.

They worked on Landing Lion for several years and eventually sold it to ActiveCampaign. This experience helped them build their vision of what would become Makeswift:

"We had a slow start and never quite got to the level that we wanted to. But we did have a successful exit and we sold Landing Lion to a larger email marketing service. So it was at least some sort of success there.

Their experience working on Landing Lion paved the way for their success on Makeswift. Andrew shares that one of the lessons he learned from it was to not wait too long to get your product in front of people.

Another lesson was to focus on what they were good at instead of aiming to have all the bells and whistles like their competitors:

"When we decided to rebuild, we made that decision to really focus on what we're good at and focus on quality over quantity, especially as far as how many tools you have available in your own product."

Many SaaS companies still find it difficult to define their audiences and find that product-market fit — even if they've been in the business for years. But what makes it so hard despite these years of experience in the industry?

Andrew says it's the hesitation of SaaS companies to put themselves and their product out there:

"We're always hesitant to get out there and really put ourselves on the market. As a startup, it could be hard to do all the correct things that big companies can do, as far as proper research is concerned, and all the things you should 'do'."

The keys to finding your product-market fit? Apart from putting your product out there, it's also about experimentation and following your gut – which was exactly what helped them make the decision to pivot the direction for Makeswift.

As of the recording of this episode, the team launched Makeswift 2.0 on Product Hunt to focus on a new developer audience.

Andrew shares that they've always wanted to let users (both developers and non-developers) create their own custom components, but they didn't expect it to come earlier in the journey:

"We thought it might be a couple of years down the road when we would focus on the no-code space. But then we had customers asking for it. That mixed with our intuition and made us decide to go heads down and build out an API, and build out a whole new way for teams and developers to custom-code components and put them into Makeswift. It also allows their team to visually edit them."

But why focus on developers?

While developers might not usually have the purchasing power in the company, they could still help in getting Makeswift's foot in the door:

"Developers can often be the gatekeepers of this realm. As far as the website goes, they were the ones who probably built it. We could convince the developers that this is a good tool for solving a problem that they're experiencing: there are custom things that need to be done, but they have to be called on to make changes to those custom things.

If this is a problem they're experiencing, then our product is the one for you. And our end user is most likely the marketer or the designer. So we're not forgetting about them. But right now we feel like our developers can be our champions in their company."

Makeswift's investor and Vercel CEO Guillermo Rauch has been influential in their journey and making the pivot:

"We have a lot of mentors and advisors who have been helping us along the way, and he was one of those advisors who told us his vision for what he sees websites and how they should go, especially Next.js websites. We agreed with that vision, and it really aligned with what we're trying to do.

We made that decision to pivot sooner, faster, and put ourselves in that vision. He was casting as far as being able to edit your Next.js website visually for a non-developer."

In the startup game, traction could come naturally but slowly after you pivot. How can you tell things are not working out and if they're caused by the product-market fit or the marketing?

Based on their experience at Makeswift, Andrew shares that it's a delicate balancing act between the two:

"We focus a lot on the product and we do feel like our product is gonna win us over the customers we're trying to get. But marketing is a very important part of that game as well. So we are now trying to make that shift into marketing, which for us is what's gonna be that signal of: are people enjoying the product? Are they drawn to the product?

We feel like we have a good product, but marketing is really the only thing that's gonna let you know if people are gonna find your product, enjoy it, and want to purchase it as well."

And if this recent pivot doesn't work out, Andrew says you should also pivot quickly:

"Make that pivot when you need to and don't die on a hill of 'we must focus on this one type of customer' because that might not be the right customer. And you have to listen to all the signs that are telling you other things."

Features: to add or not to add?

It's often a knee jerk reaction to always accommodate a customer's request for a new feature. But with so many requests, it will get overwhelming if you build everything. How do you know which ones you should implement?

Andrew says you have to ask yourself if it's in line with the core of your product:

"Stick to your gut and ask: what is the core product? Does this do what our product is meant to do? Sometimes there are features that we're not aware of, and it makes sense. If every customer's asking for it, we need to really listen to that and really think about it."

Passion for solving the problem

Based on his experience with Landing Lion and Makeswift, Andrew says having a connection to the problem you're trying to solve with your product will help fuel your passion in solving it, eventually getting to product-market fit:

"I do believe that for myself, I need to have a connection to the problem. And even though I'm a developer and I know how to code a website, if I have to do it now and I have to code manually, it feels like a pain. I'm like, 'Man, I wish I could just use Makeswift for this.' I do believe there's a problem out there that we can solve and that this is a problem that I can or do experience."

Have strong opinions but loosely held

When building a product, you must be passionate and have strong opinions about what you're doing. However, these also must be loosely held so you can adjust when needed:

We have strong opinions and we're passionate about what we're building, but loosely holding onto those opinions in order to let the market, our users, or advisors help guide you to product-market fit as well."

Get your product out there to get feedback

It's also important to get your product out there so you can get feedback and find out what works and what doesn't:

"Otherwise if you're in a vacuum, then you don't know what's working, what's not working. Getting it out there faster, being embarrassed, and really listening to people who want to use your product."

Do ship your product and get it out there.

Don't hold on to your opinions too strongly.

"Get ready to have them questioned and to have to rethink and redo."