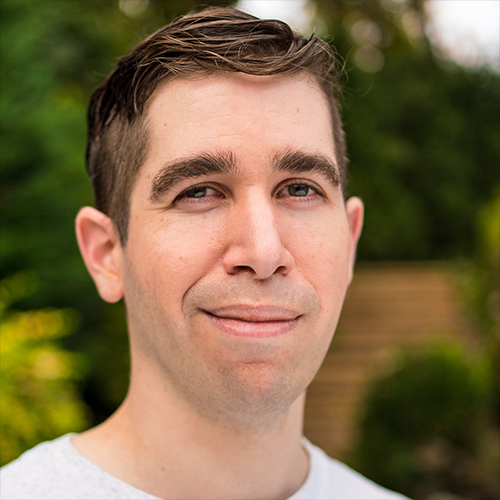 What pitfalls should we avoid in cold email outreach? In this episode, we talk to Andy Cabasso, co-founder of Postaga. You'll learn technical setup tips, ways to stand out, the best practices for follow-up sequences, and more.

Andy Cabasso, co-founder of Postaga, has an extensive background in digital marketing. While running an agency with his co-founder, they needed a more efficient way to do email outreach on their clients' behalf. Existing tools were disjointed and, like many founders, they scratched their own itch and began developing Postaga — which would become the all-in-one email outreach program.

Postaga allows you to find people to connect with, find their email addresses, validate those email addresses, and send personalized outreach emails. Andy learned that MVPs can take longer than planned to launch. But with a successful Product Hunt, Postaga has operated publicly for over a year. He's learned a lot about outreach strategy from his customers too.

The technical foundations of cold outreach

Jane and Andy start their conversation with what needs to be done on the technical side to ensure success. Your outreach strategy is important, but not more so than putting the technical foundation in place. The consequences of setting up incorrectly are serious:

"If you do it wrong, you can end up in a situation where your main email address gets blocked and blacklisted and ends up with all of your regular emails going to people's spam folders. Obviously not good. So one thing in particular I recommend is when you're doing cold outreach, set aside either a subdomain of your main domain or an alternate domain."

In doing so, there's some insulation against massive damage to the deliverability of your primary domain. If you were to do something to get blacklisted, like send a mass email blast all at once, it's difficult to get off that blacklist.

It's also important to make sure you're using the correct type of tool in the first place:

"Don't use marketing automation software like MailChimp or anything that's designed for newsletters in particular, because you will get banned from those services. They are not meant to be used in that way. Services like those are meant for people who opt-in, who subscribed to your email list somehow."

Otherwise, you'll get a lot of people unsubscribing immediately and will be removed from these platforms for breaking their terms of service. Another reason you wouldn't want to use these tools is because of personalization:

"You're going to want to personalize to some degree, every one of your outreach emails. Anyone who is on the receiving end of outreach pitch, whether it's a company trying to be sold to, or a journalist who is being reached out to for some pitch. They get pitches every day and the more popular journalists and websites and businesses get hundreds of pitches."

As a podcaster of multiple shows, Jane also receives lots of these pitches in her inbox. Many of those are poor but the ultimate goal is to improve personalization:

"No matter what, you want to make sure that your outreach is personalized for every individual recipient so that they know that you know who they are and that you're not going to be wasting their time with some completely irrelevant pitch."

When using an email for cold outreach, you don't want to start sending large numbers of emails from that account on day one. Instead, it's important to gradually introduce larger volumes of email. Sending too many emails too early into the life of the account will raise suspicion and you need to work into, or "warm up" to the volume that you would like to be sending.

How to look human and unique

The best way to ensure cold outreach deliverability and effectiveness is to remain human and unique. Andy recommends against big blasts that will look as if they are automated and using your email software to stagger these times to combat this.

"I'm not going to want to send fifty or one hundred or one thousand emails at once because that's going to look suspicious to mail servers. It's going to look like I use some sort of marketing software to do that. That's going to make it more likely that I end up in a promotional folder or possibly a spam folder, especially in a situation where I want to end up in people's primary inbox. I want the email to look like it was sent by and coming from a specific individual."

Andy discusses some outdated tactics but likes an approach called the "charm offensive" by John Buchan. The point is to be funny or disarming in your pitch. It's used to stand out, and as Jane and Andy discuss, it's not always necessary to cover all of your asks in your first email. There will be chances for follow-up, but that first email is to grab attention and stand out from the crowd. Andy describes his "silly" take on this tactic when unable to locate a person's name for his contact email:

"I will say something to the effect of 'Hey, I'm not sure if I'm reaching the right person. I've been told that this email is managed by several cats stacked on top of each other in a trench coat disguised as a human. Please let me know if this reaches a real person.' That's silly, but it gets replies and people will reply to it, 'Yes, this is a real human in fact.' Sometimes people will get sassy with me, but it starts to build a relationship. At the core of all cold outreach, whether it's for link building or digital PR or for sales, it's all about starting in building a relationship with this other website."

Cold email for sales and following up

Cold email sales are particularly tough to master and Jane laments never fully getting them to work well. Andy struggled too. At first, he was trying to do too much in that first contact, and the response rates on this iteration were especially poor — less than one percent. For context, though he enjoys some response rates as high as 20% for podcast request outreach, cold emails for sales and link building fall more within two to five percent. After the failure of that first approach, he went back to tweaking:

"I did something wrong. So now we're going to try different variants. We're going to try different cadences with follow-ups. I'm going to work on the follow-ups. I invested a lot of time, doing AB testing with different types of emails, different content, different subject lines. And also with the audiences that I was prospecting as well. But yeah, it's a project, especially because there are a lot of people out there that say cold email is a great opportunity for small businesses and SaaS to get new customers. I think it can be, but it doesn't happen automatically."

Jane recalls an episode from Startups for the Rest of Us covering a similar concept that we'll link above. Covering everything at once isn't usually the right strategy. Instead, teasing a useful tidbit in each of several emails over time is more effective. Andy recommends between three to five emails, each spaced between four and six days apart.

Toward the end, they wrap up with some more tactical advice around email subject lines. Like a lot of advice, shorter is better, and injecting personalization right into the subject line is helpful as well:

"One of my go-to subject lines is a quick question followed by a question mark or something like that. That kind of subject line encourages some curiosity on the recipient's part. Like, 'Oh, what's this question?'"

He also describes some of the more sinister practices you will want to avoid in order to start your email relationships off well:

"We want to get the person to open the email, but not trick them, because if you do that, if you mislead, the trust is gone and they're going to just delete it even if the email is going to be relevant for them. The thing that I personally do not care for — some people, they'll send cold outreach emails with the subject line being 'RE:' followed by something even though it's the first email. If you open that email and then you see it, 'Oh, we've never had a conversation before, this is the first email, you got me.' That's not a great way to start a relationship."

"One thing that I tell everybody, whether they have experience with this or not, cold outreach is very much a numbers game. Certain types of outreach may get you a response rate of 2% to 5%. You might need to send a hundred emails to get between two to five responses."

Don't risk the deliverability of your main email address.

"Don't send outreach emails from your main email that you use for everyday correspondence."