You’ll hear about Adii’s successes and failures in user onboarding, as well as his views on email marketing, task simplification, concierge onboarding, success metrics, segmentation, and much more. 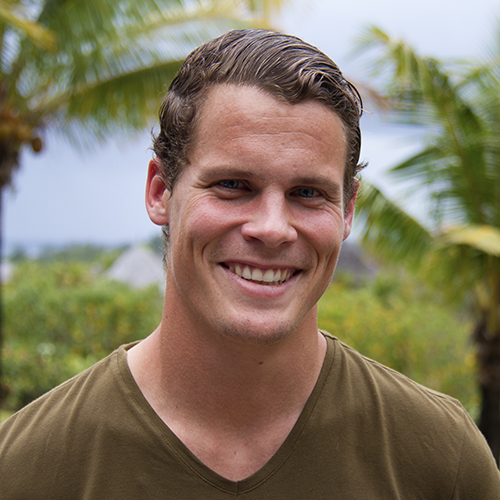 Some entrepreneurs break into SaaS fairly early in life and make a real impact in the community. One of such inspiring founders is today’s guest, Adii Pienaar, the founder of WooCommerce and CM Commerce (previously Conversio). In this episode, you’ll hear about Adii’s successes and failures in user onboarding, as well as his views on email marketing, task simplification, concierge onboarding, success metrics, segmentation, and much more.

Adii Pienaar is the founder of WooCommerce and CM Commerce, and a lifelong entrepreneur. He is also the author of several books including Rockstar Business, Branding, and his poetry book Motion, while his up-and-coming book Life Profitability is still in the making. In this episode dedicated to SaaS user onboarding, he and Jane of Userlist discuss his famous SaaS products, the challenges he encountered and insights he received, and, of course, his expert recommendations for SaaS founders.

South-African software developer Adii, once famously known as 'Adii Rockstar', co-founded his first SaaS product, WooThemes (now WooCommerce), at the young age of 25. A serial entrepreneur, Adii's creative pursuits did not end there. He moved on to founding Receiptful (later renamed to Conversio, currently acquired and rebranded again as CM Commerce) in 2014. Before, in-between and alongside Woo and Conversio, he worked on a plethora of other projects, startups, and products, which he garnered valuable lessons from.

In answer to what his current projects are, Adii reveals he recently left Campaign Monitor and is now considering a new venture as he spends a lot of time with founders, mentors and coaches. He is currently being coached through Dan Martell's SaaS Academy.

Adii is currently putting the finishing touches to his to-be-published book Life Probability: The New Measure of Entrepreneurial Success.

He is additionally working on a new podcast of the same name, but which is not purposely related to the book. He quotes:

"I'm interviewing loads of fascinating kinds of people, not just entrepreneurs, but people that do things."

In this section of the show, Adii gets specifically into his product Conversio (now CM Commerce), delving into its founding, goals, purpose, and the various insights he has garnered as a founder. Regarding the mistakes he made along the way and the reasons for them, Adii divulges:

"Thinking through software — that was something that we had to learn. Just because we think that we can do things in this way, regardless of the outcome, some people might not like that way. And that might be the reason why someone never gets onboarded, never converts to trial, never stays or sticks with the product in the longer term."

Adii highlights that it's crucial to figure out why customers are signing up for your product:

"When you think about onboarding, it becomes really challenging to find out where they're at today, and to really know what is the thing that they're signing up to."

Moving on to the topic of segmentation, he describes that CM Commerce has successfully applied these two approaches:

"Refocus down to identify what your ideal customer avatar is and exclusively focus on them. Just try and improve onboarding just for them, acknowledging that other users might not have that direct benefit. That was the one thing that worked for us.

The other thing that ultimately helped was that we did some kind of, I wouldn't call it segmentation, but we at least asked a new user what their primary goals were. There were about eight goals that we prompted them for."

They outlined five steps that were required for successful user onboarding. To remind users about their 'five tasks', he recommends to use automated messaging, including channels like SMS or push notifications. He describes how CM Commerce had a gamification aspect to their onboarding process, but had also utilized checklists, activation lists, personalized copy, and product tours.

Adii and Jane continue to dissect the onboarding journey and discuss user-centric approaches. Bringing up the topic of employing customer success people to do white-glove concierge onboarding, Adii voices his thoughts based on his experience at Conversio:

"I think white gloves solve perhaps the trial conversion equation, but it does not solve onboarding. Unfortunately, you do not onboard a customer by doing the work for them. The onboarding is 'we need to show you how to do things in the software', 'we need to help you get to the outcome you want'.

But in a year's time when we have three new features that we know can either drive expansion or retain the customers for longer, they do not have the skills to use the features, because we never onboarded and activated them properly initially. Because we just did it for them."

When it comes to instilling certain insights into the mind of the customer, Adii recommends the 'one carrot, one stick' approach.

"We just push those things at them and say, 'Here's a big win for you' or 'Here's a template ready to go, just add your logo and activate it'. 'Cause that plants the seed."

"We also did what I call 'the stick approach' (the limiting approach) for the longest time, and we eventually changed. We only allowed a user to send a maximum three emails for every abandoned cart session. And we did that even though our competitors allowed you to send as many as you want."

Adii ultimately says that there's a limit to what education can do:

"If someone truly wants something different, no amount of education within the product at that stage is going to change their opinion."

When it comes to measuring user success, Adii admits he did not follow a granular enough approach for his product analytics at Conversio:

"For the longest time, we did not have proper user-based event tracking. So we didn't really know which parts of our product the user used and didn't use. When we made a transition from being Receiptful and then rebranding to Conversio and building a wider product, we had a lot of momentum and a lot of revenue growth. But I think that's the first point where we skipped over proper product-market fit, where we assumed certain things about what users were using us for, versus what they were actually doing."

Continuing on the topic of user behavior tracking, Adii attributes some of his initial product failure to not taking measurements seriously enough. He advises fellow founders:

"If you do tracking on an ad hoc incremental basis, as soon as you release a new feature, you have to add a new event. We didn't have that encyclopedia or reference about what the events actually meant."

While Adii deems tracking crucial and something to do early on, he disapproves of over-tracking and rather recommends the tracking of a few key steps that lead the user to their desired outcomes.

As the episode draws to a close, Adii offers two ultimate user onboarding tips for the show's listeners:

Adii humorously says he "measures happiness in terms of Twitter followers", so make sure to check out his page over there and connect.