You’ll learn several automation ideas that can improve business processes, the differences between popular automation platforms, how to automate content and document collection from clients, and more. 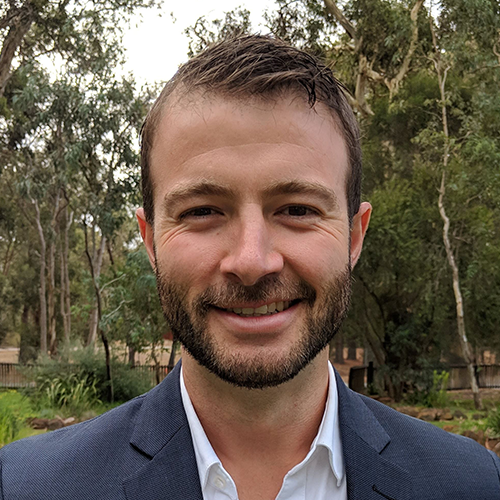 What tasks are worth automating in our businesses? What tools shall we use? In this episode, we talk to Jimmy Rose, founder of Content Snare. You’ll learn several automation ideas that can improve business processes, the differences between popular automation platforms, how to automate content and document collection from clients, and more.

Jimmy Rose, founder of Content Snare, is a long-time fan of using automation in business. Like many founders, he built Content Snare to solve a problem that he was facing in his existing business at the time — an agency that developed software for their clients. Jimmy felt overworked by the agency life and described himself as a "SaaS founder's dream", willing to trade some money each month on products that would free up some of his time.

With a background as a controls system engineer and knowledge of coding, he came across Zapier. Once he learned of that, he worked to automate any processes that he could. One of the tasks was to collect information and documents from clients to inform their development. With no great way to do this previously, Content Snare was born. Now, as he winds down his clients, Content Snare is Jimmy's main focus:

“As many business owners know, there's always shiny objects that distract you from what you're supposed to be doing. For me, that's Content Snare. So no more client work.”

What is business automation?

Automation doesn’t have to be complicated. Jimmy says:

"Having a computer do the work that a human would normally do. That's probably the simplest definition and it can mean connecting tools like Zapier and Integromat — even really basic stuff."

Using a voice assistant on his phone saves time, and so does using software that enables faster meeting scheduling like Calendly or SavvyCal:

"It took a while for the stigma to go away because people thought that sending a link was a bit impersonal. I just never understood that because why would you send five, six, or seven emails to do something that could be done in three seconds with a link? It's crazy."

These examples are broad, but there are other applications that help in any business's software stack. For instance, Jimmy uses Superhuman, a Gmail client that's super fast and good at handling large threads. There are also other email clients or email-like tools for shared inboxes like Front and Intercom. The two that Jimmy thinks everyone should be using and describes as the "glue of the internet" are Zapier and Integromat:

"That's where my love is. Everyone can sign up for a project management system. Everyone probably has some kind of task manager or project management. We can talk about those all day but what I love talking about is the actual Zapier, the Integromat, the glue — the bit that sticks everything together. It's really important for people to understand these tools because the only other option is built-in integrations."

Using these tools gives you control over your data connections and you can add automated steps to enhance your business. One step that Jimmy calls out is to create a list of leads that should be followed up with. If a lead comes through a contact form, instead of that person's info only making it into your CRM:

"If you use Zapier then you can also put that lead into a spreadsheet or a task management system for someone to follow up on. You just add an extra step and when they fill out my contact form, put them in my CRM and create a task for someone on my team to follow up with them."

Zapier even comes with built-in tools like Lead Score, a way to enrich leads by looking up the sizes of businesses associated with the email used on your contact forms:

"That's like a cool little workflow that can help generate more sales. I landed a huge company from this once because it notified me straight away that this 10,000 person company signed up for our product. I was able to reach out to them while they were still there trying it."

Another automation tool in addition to Zapier is IFTTT (If This Then That), one that Jimmy thinks of as "Zapier Lite". He uses it in place of an Elgato Stream Deck and it's a good fit for home automation:

"Almost every consumer-type product has an IFTTT integration. People might be familiar with Phillips Hue, which is the smart lighting suite from Phillips. That can all be controlled through IFTTT."

IFTTT has some business-focused automations for apps like Google Drive and Trello too. On the more advanced end of the spectrum, Integromat is better suited for those that have some exposure to programming:

"It's almost using code-like blocks. You have if statements in-line, array functions, and stuff like this. In Zapier it's really hard to do that same kind of stuff if it's even possible at all. The benefit of Zapier, however, is that it's easy to use."

A few things have changed since Jimmy made his YouTube comparison video on Zapier and Integromat, but that's a good place to learn more about the differences.

In a similar way that the scheduling tools discussed earlier make it easier to schedule a meeting, Content Snare is Jimmy's product that makes it easier to gather content and documents from clients. It combines his spirit of automating tasks with the business need that his agency had at the time. He describes an all-to-familiar scenario where asking clients several questions often ends in a long thread of color-coded emails and a nightmare of attached documents to triage. Even trying to track these types of information requests using Google Docs can be tricky given that they are free-form without inherent structures. Jimmy reveals:

"It's not an easy thing to sell to people because a lot of people never realize they actually have a problem until they use our products. Then they're like, 'Holy crap, where has this been all my life?'"

Without Content Snare, it's trickier to organize this information coming in from clients or contacts. Storing the most recent information from email threads in a spreadsheet is a good start — it creates a single source of truth, but it will need to be updated meticulously to stay current.

Forms and form builders, like Typeform, work best for asking a short, uniform set of questions to many users. Otherwise, there's a risk of having contacts lose unsaved data. CRM platforms that allow for attaching documents to customer profiles can be used as well, though that functionality might not exist in all tools.

Given all these considerations:

"When we surveyed our customers, most of them are on Google Drive. It's just a matter of having a really good file structure there and having a process in place of what happens when information comes in. You know you don't want to lose anything that your clients sent because then it looks really bad."

Other tools and tips

"A lot of people are building project management systems in Notion. You can build a database in Notion and store all your client information there as well. Same deal — as it comes in, make sure it's stored away and all the documents that you need are attached to the right records. I think it's a great solution."

Jane wraps up by asking if there's anything that most businesses aren't doing that they could benefit from. The answer? Lead enrichment. Again, setting up an automation to learn from the email address is a step that you can add.

"I think that's something a lot of people don't spend the time setting up. That can go a long way to converting more trial users or whatever. Going from non-paying users to paying ones."

Do just start learning about automation.

“It's really good to learn a little bit of Zapier and what's possible. You can do that by starting to set up a few small things here and there.”

Don't do things that aren’t on your critical path.

"The shiny object thing — it's so easy to get distracted by all this cool stuff."