You'll learn why you should first focus on the supplier side, how to reduce friction for all parties, tips for scaling marketplaces, and more. 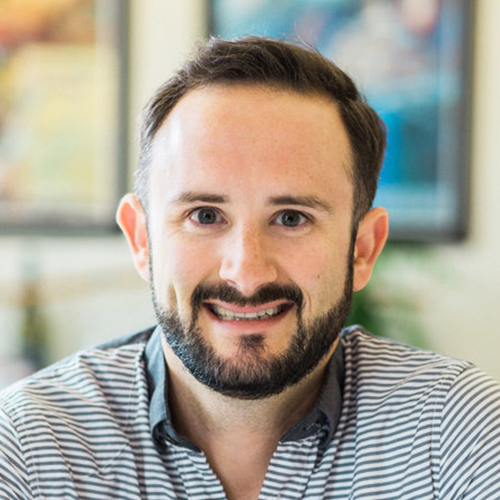 What are the unique challenges in building two-sided marketplaces? In this episode, we talk to John Doherty, a serial entrepreneur and founder of Credo and EditorNinja. You'll learn why you should first focus on the supplier side, how to reduce friction for all parties, tips for scaling marketplaces, and more.

John Doherty, a serial entrepreneur and founder of Credo and EditorNinja, is a great resource for learning about the do's and don't's of running two-sided marketplaces. Before starting to work for himself in 2015, John was trained as a technical writer and web developer in school and was then exposed to entrepreneurship early in his career. Transitioning afterward to content marketing and SEO, John did a mix of agency and in-house work, before starting to consult on his own for larger SEO clients:

"If a site didn't have at least a million pages in Google's index, I wasn't working on it because I just like working at scale like that."

Credo, John's main business, launched almost ten years ago and has been his main source of income since 2019. EditorNinja, his new content editing business, started just this year. Keeping with his interest in working at scale, EditorNinja differs from competitor Chatty by enabling companies to create a high volume of quality content — rather than developmental and substantive editing.

John started Credo in 2013 out of his own need as he wound up his side consulting work:

"I started Credo because my clients at the time needed to find someone else to work with. And I said, well, I know good people. I can connect you up."

In the first instance, he placed a lead with his friends' media for $50, bought a domain name (hiregun.co, at the time), and worked on Credo on the side for a few years before giving it full time attention, post layoff.

Credo has done well for a small team but the challenges to starting this type of business are three-fold:

"It's a constant balancing act so that initial traction is really hard."

John says targeting the supply side is the best strategy because getting people that want to make money, as opposed to spending money, on the platform is easier.

Developing the supply side

Jane wonders how John got his first ten suppliers. John says quality is key, and at the start, the focus shouldn't be on building the technology:

"I built out, literally, a Google Sheet of people that I knew were good at what they did."

Using the spreadsheet and the filters he set up initially, he would manually match people up depending on what they were looking for and what he knew about his suppliers. This worked for his early suppliers in part because it didn't require them any effort to get started either:

"We made it super easy for them to say 'yes'. It didn't require anything of them. I said I will write up your description. I will create your profile for you."

In addition to no effort, it was also no risk. At the time, suppliers didn't have to pay anything until the leads they were given closed. Suppliers didn't mind that John hadn't built out a software platform yet — in fact, they didn't even know given the zero friction, manual onboarding he was doing for them.

Around this time, his list of suppliers was around 30-40 people and he ran the business like this for years until the pace of growth quickened in 2017.

Vetting providers becomes a critical piece of building the supply side of the business and Credo focuses on results, professionalism, and culture as their three main criteria. Every person that applies to Credo's network has to upload two clients. They must show off their work, and their results, and demonstrate professional deliverables that include analysis.

In addition, Credo has a culture call with them to ensure they are a good fit. They are particular about who they work with to keep quality high:

"We don't accept people that are brand new at what they do. We're not a freelancer marketplace. We're focused on agencies. So someone who is brand new that's never done SEO for someone before, they don't qualify. It doesn't mean they're not going to be good, but they haven't proven to be good."

Out of the group that applies, John says they're turning away between 40-45% and usually due to their level of professionalism:

"If you have a one-page landing page that doesn't show a face, it doesn't talk about clients, you don't have any logos… then that just doesn't cut it, for a high-end marketplace like Credo."

Despite the difficulty in setting up the two-sided marketplace, it can reach a level of sustainability after all the years of initial groundwork. Today, Credo doesn't do any proactive recruiting work, all suppliers come in through inbound outreach.

After handling the vetting so closely throughout the years himself, Jane wonders if John had a hard time stepping away from that process in order to scale. The way he did it was in stages, and he started by passing off the demand side qualification to his team:

"I had a script in place, literally a sales script, of how the flow went, specific things to say, questions to ask, all of that. I handed that off. I had recorded a bunch of those phone calls that I had done so they went and listened to them."

For the rest of the process, it involved formalizing the vetting checklist and writing out processes. Otherwise, if they can't be written down, they likely aren't ready to follow, and that makes it hard to scale the business:

"It's very easy to be very precious about the things that your company is doing and be a control freak. You feel like you have to do it and if you're not doing it, then it's not going to be right. That just means you don't have good processes for getting other people to do it."

Jane laments Upwork's fee that they take from freelancers, and asks John how they handle their fee structure. He shares that they have three different pricing models:

John shares that Upwork has a different approach, because their projects are typically priced lower:

"Those projects are going to acquire just as much, if not more support than the higher priced projects. So Upwork needs to take a higher cut to be able to serve everybody. Plus marketplaces like that are just a race to the bottom and that's just not the game that I want to play."

In addition to setting up pricing structures that work well, one of the other challenges is finding a good volume of quality companies that are actively looking to hire:

"If you're starting a marketplace, it's going to be way easier to scale it if you have a good, scalable way to generate the demand side than the supply side because on the supply side you're selling them money. If you have enough demand, you're going to get people coming to you."

Do make it easy in the early days for good supply to get on.

“Having a cheat code to recruit for that side is going to be how you win.”

Don't start a two-sided marketplace without a co-founder.

“Having someone on board that's invested in the company's success is really going to be helpful. I wish I had done that.”