Building in Public with Noah Bragg

You'll learn about the benefits of building in public, practical tips for producing video content, strategies for posting on social media, and more. 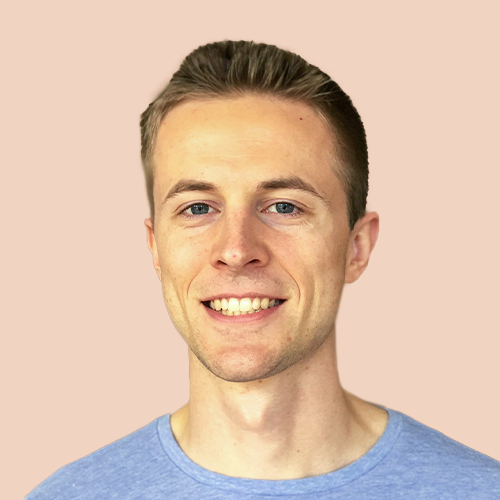 What are the marketing benefits of sharing your progress in public? Are there any drawbacks? In this episode, we talk to Noah Bragg, founder of Potion. You'll learn about the benefits of building in public, practical tips for producing video content, strategies for posting on social media, and more.

Noah Bragg, founder of Potion, started creating a website builder on top of Notion about a year ago. He's recently transitioned to working on the product full-time. A software developer by trade and no stranger to side businesses, it's not his first time going full-time on a project. He's now giving it another try with Potion after bootstrapping it for some time:

"I've always had some side business running on the side. I've probably done seven or eight different businesses in the past. I actually quit my job three years ago, trying to do the same thing, working full-time on my own business. And that one didn't turn out as well as Potion has so far."

Now, he's intentionally building Potion in public and has been since the start. In the past, he liked how much engagement building in public has generated and enjoyed serving Indie Hackers and entrepreneurial niches. Because of that, building in public became an effective part of his marketing strategy. Part of sharing in public involves his revenue goal — $5k MRR and one that he just narrowly missed in 2021.

"The transparency that you have when you're building in public means people want to support you. I've definitely seen that people are kind of rooting for me. They're rooting for the business to do well."

While his sharing is largely impromptu, he does adhere to some general principles when posting. Roughly daily, he tries to share something that will be valuable for others. This could be something he has learned, an experience, or a story. He finds that his engagement on Twitter comes from between 8 a.m. and 10 a.m. PST. When something worth sharing occurs to him to after that window, he may schedule it for the next day.

Like his own entrepreneurial followers, Noah follows a few inspirations online:

"I learn a lot of stuff from following other people's journeys and from them sharing the decisions they're making, because it's in real-time. You can actually learn from things that people are doing right now, instead of maybe looking back at books and business stuff from, you know, a year or two ago and seeing how people are doing it there.”

Jane asks Noah about how he leverages his video content specifically. It starts with a background in making YouTube videos. Hundreds of videos of him playing Minecraft, in fact. That practice came in handy when exercising the marketing side of the business.

"Once I started building Potion, I started creating these little vlog update videos of what I was doing. Similar to what I do on Twitter, but just in video form to share the behind the scenes, maybe to share the progress I'm making on the product decisions."

Jane also wonders how he gets past the intimidating process of sitting down to record a video, especially when he might not feel like it. Noah admits there are times he feels like that too, but has gotten past the weirdness we can sometimes feel when on camera. Having a good routine and set of tools helps him.

He uses ScreenFlow to record because it's quick, easy, and he wants to stay efficient without much editing. In addition to using an efficient recording tool, most of his content is produced in just one or two takes, conversationally, with a few notes. Admittedly, while it's not the most polished, it allows him to produce the volume that makes for frequent sharing and it's more relatable:

"It allows people to see the transparency. I'm not creating this perfect marketing content. It's more about just being transparent, sharing what's going on. I like it that way because then I'm not spending tons of time making it perfect."

Noah shares just about all of his metrics. While not in a real-time dashboard, he shares MRR, traffic, churn, and conversions on Twitter. Currently, Potion is at about $4,150 MRR with roughly 350 paying subscribers. His traffic sources are mainly Google and Twitter.

Jane asks if there are any downsides to sharing the numbers so openly. The most negative thing is that he's noticed a few small competitors surface in comments. Even then, he doesn't see a big issue:

"I feel like there's enough room in the market, at least for me right now, that I should be able to build a good business if there are competitors and things like that."

Noah doesn't focus on the specific Twitter mechanics when sharing (threads/retweets/etc.) but instead leads with providing value. He believes by doing that, he will achieve more reach and familiarity:

"The main thing I try to focus on is 'How can I share valuable content with people? What things are people going to enjoy reading? What things would they probably want to share because it was valuable to them?'"

When appropriate he will share company tweets from his personal account. He knows that sharing metrics can do really well from an engagement perspective on social media but there's a balance to be found there. There has been some backlash around sharing metrics in a braggadocious way in recent years, so Noah has turned that into an opportunity — he shares context around the numbers. That way, posts about metrics aren't shallow and might provide deeper insight:

"I try to share some context around my metrics and that's typically when I'll have a thread that goes into more detail of what's happening. So I try to be careful with that. Yeah, it can get a lot of engagement, but is it really valuable? I don't want to just come off as like I'm bragging or something like that."

Social strategies that Noah has tried that haven't worked as well as sharing on Twitter? Facebook, Instagram, and TikTok, though, he may give TikTok another try soon.

“Try to do things that are a little more unique that could grab some attention.”

“Try to share the lows as well and maybe how you are working through those.”