We discuss several challenges they face while operating in the HR space — from selling their software to aligning vocabulary with customers. 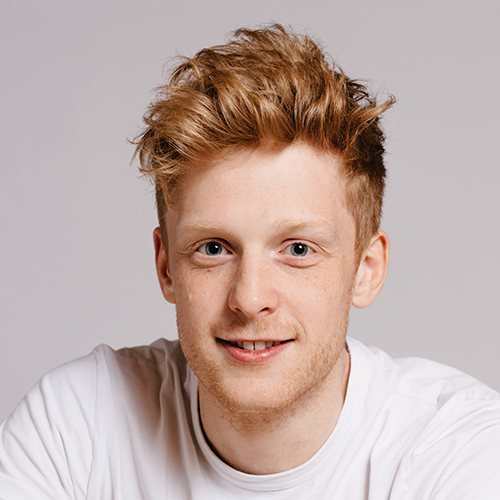 How do we design products to help users feel like they are making progress? In this episode, we speak with Jonny Burch, co-founder and CEO of Progression. We discuss several challenges they face while operating in the HR space — from selling their software to aligning vocabulary with customers.

Jonny Burch, co-founder and CEO of Progression, focuses on helping employees grow at work. He first identified career development and tracking as a problem at Deliveroo, and came back to it when he saw everybody working on career progression spreadsheets. In this episode, Jonny and Jane discuss the bootstrapped start of Progression, how funding has allowed them to grow, and how they approach customer success — given that both Jonny and Neil, his co-founder, come from product backgrounds.

Jonny identified the problem space of career tracking long before he founded Progression. While at Deliveroo, the UK equivalent of Uber Eats in the United States, he and the other design leads spent lots of time building a spreadsheet to answer and guide employees with the common questions:

The issue? Despite the effort, it didn't stick:

"It took us months to write, and a few months after starting on that voyage, we rolled it out to great fanfare. Then a few months later, no one could even find the link to the spreadsheet in Google Docs. It was one of those frustrating projects that we spent a lot of expensive hours doing. I left Deliveroo a year later, started looking for a problem to solve, and went back to that problem."

The first iteration was Progression.fyi — still a living resource — where people can browse the open-source progression worksheets. After meeting his co-founder Neil and closing a seed round, they set a goal of becoming the world's first career design tool. Progression isn't simply a roadmap of roles. For instance, one of the features is a way for employees to capture "wins," so that when it's time for employees to discuss careers with their managers, they have evidence collected for those conversations.

Originally bootstrapped, the impact of funding

Jane asks Jonny what changes now with the successful round of funding, specifically what the product vision and ambition looks like post-raise. Already having a customer base, Jonny identified two focus areas — retention and activation. Both were important for growth, and it was difficult to focus on both before the funding. The round allowed the team to focus on both:

"Funding allows us to effectively parallelize some of these things, and solve both at the same time, to an extent. It also gives us the firepower to ship better product faster, so that we can go and solve for retention and improve expansion. It also helps with the acquisition and activation parts of our pirate metrics at the same time. The short answer is: more people can do more stuff faster."

Customer success is meta for Progression as Jane points out — it's not about just having customers (employers) succeed with their product, but also about helping their employees succeed in life, given how work plays such an important role. They achieve this by talking to users and tracking insights gleaned:

"We use Dovetail which is another awesome SaaS product based in Australia. I'm obsessed with it on various levels. It's also beautiful, which I care about, but we use Dovetail to track user interviews and tag things. We turn those conversations into things that the whole team can learn from."

Additionally, they focus on the actual end-users, the employees, despite many "typical" HR feature requests:

"It's hard because there's a number of features that we could build that actually undermine the trust that we have with our end users."

Focusing on the "end user"

Keeping the focus on that end user is important to Progression's growth and customer success strategy because Progression intends to scale by growing bottom-up. Building HR software is tricky. There are many audiences to keep happy as Jane points out — end users, managers, the actual software buyer in the company. Instead of building multiple versions of the app, Jonny describes how they think about designing their product for a core work unit:

Determining a succinct name for this type of hierarchical unit is easier said than done, but this vision is the core behind appealing to many organizations.

Tools and success metrics at Progression

One thing that Jonny does less now is agonizing over every SaaS cost, as they did when they were in bootstrapping mode. It still makes sense to be careful about spending, but he's more comfortable with these costs now, especially when considering how much time they save team members. Jonny rattles off several of the tools Progression now uses: Segment, Mixpanel, Charbee, ChartMogul, Smartlook, Dovetail.

Dovetail is key in tracking user research data, something that Jonny advocates for:

"It's worth spending money on products that really add value. Dovetail is another one I would just recommend to everyone. Start recording your user research data on day one. Because there's hours and hours and hours and hours and hours of calls and conversations I've had that just disappeared into the sands of time. I would love to be able to just have a searchable repository of all of that transcribed and tagged that I could say, 'I know I talked to someone 18 months ago who was talking about this…' and I can just find them."

"Managers ultimately are our first customer, and they will advocate up through the organization if they like the product. Their engagement, in turn, is driven by the people on the team. The more the people on their team are engaged, the more they will be, because a lot of their engagement is reactive to the stuff that their people are doing. We have contributing metrics which are around engagement for non-managers, and things like that, but ultimately manager engagement is the thing that we believe will lead to the numbers that we want, which are actually around expansion."

Throughout the interview, Jonny shares several learnings he's had as CEO, in addition to tracking customer conversations from day one:

"One of the big learnings I've had as a CEO, and will continue to learn, is that the best thing that you can do is fire yourself from jobs that you're doing — to allow yourself to do other jobs."

Anna is a new product manager to Progression and Jonny already has high praise — she is better than having him in the role, on both the capacity and capability fronts, and allows him to focus on other tasks:

Selling to HR is difficult

Another lesson that Jonny had been warned about that he now confirms — selling to HR is difficult:

"I was warned early on about HR as a buyer. Anyone listening to this who is trying to sell to HR, just hear this from me, there is no harder group of people to sell to than an HR team. Seriously. They get so many people trying to sell them software. People who work in HR teams are lovely, but they are in some ways, not sophisticated software buyers. They’re buying for people who are two steps removed from them. So you end up getting compared to the last thing they bought, for example, or you end up in conversations about feature lists… And I completely understand where they're coming from."

Do understand what the customer is trying to get out of your early interactions.

"Onboarding can take months and that's okay. People haven't used a piece of software like Progression before. What is the first session actually for — is it actually for setting up, or is it just for looking around and finding out what the hell Progression is?"

Don't assume your customers' satisfaction based on their timely payments.