27 Years of Product with Scott Tyburski

You'll learn how Scott positions their product differently than competitors, how he approaches customer support, the lessons learned from nearly 30 years in the business, and more. 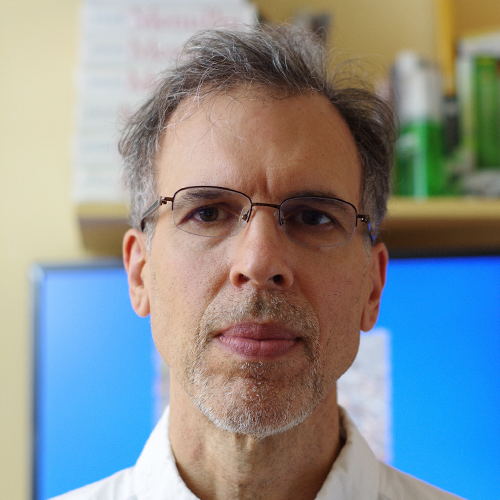 How does a product stand the test of time? In this episode, we speak with Scott Tyburski, co-founder of MenuPro and iMenuPro. We discuss the product transition of desktop-based MenuPro to the SaaS, web-based iMenuPro. You'll learn how Scott positions their product differently than competitors, how he approaches customer support, the lessons learned from nearly 30 years in the business, and more.

Scott Tyburski, co-founder of MenuPro and iMenuPro, is helping small restaurant owners create professional-looking menus without the need for a designer. The original, desktop-based menu creation tool, MenuPro, was created in 1994 after Scott and his co-founder successfully solved the menu woes of a local restaurateur. The product was eventually ported to the web as a SaaS offering, now known as iMenuPro. In this episode, Scott and Jane discuss the difficulties in creating a tool for partially automated design and the product decisions made along the way.

The switch from desktop to the web

For a successful software product with a long history like MenuPro, navigating the transition from a desktop app to a browser-based SaaS app can provide an opportunity to do more with less. Scott describes his team:

"Still a skeleton-type crew. But with the advent of the web version, we have a much bigger user base."

While the original desktop MenuPro still exists, it's no longer getting new features. When the software was first ported over to the web in 2014, the two products were just about the same:

"The basic concept is still the same. You have a list of foods, you drag them over to a menu, and the program does everything else."

Since then, iMenuPro has diverged with its larger feature set, and Scott considers it in "permanent beta" due to the updates. One of the newer features is the QR feature, introduced in response to a global pandemic that required less contact in shared spaces.

The customer profile for iMenuPro looks like what you might expect — small restaurants, mom-and-pop shops, hotels, country clubs. These businesses don't have "big budgets for fancy designers" so it makes them a good fit.

"That one I didn't see coming. The dispensaries, a lot of them use it. You can get a lot of different types of varieties of pot, basically. They love it. It's really great. They're usually online so they like that aspect too."

Scott hadn't sought out that market so it was surprising when the dispensaries started finding the tool all on their own.

Many of their customers discovered their product through paid advertising with Google Ads. Despite some skepticism on their effectiveness, Scott says they still score high in SEO and show up near the top of the results page for phrases like "menu maker" or "menu template." This is a change from the old days, where they used to advertise in print magazines before the internet took off. Additionally, they've had repeat customers come from those only using MenuPro on desktop previously.

With their current subscription model, Scott finds that their churn rate for these acquired customers is pretty typical. The pandemic was a notable exception, as the restaurant industry was hit hard. iMenuPro's subscriber base fell during the pandemic, but has since returned to roughly normal.

One way Scott and the iMenuPro team add value to the product over time is by adding new styles — Scott is careful to differentiate generic "styles" from rigid "templates." To grow that library they needed inspiration:

"There's a couple of websites — there used to be one called Art of the Menu, which had some amazing ones. It was basically some graphic designers who just posted some of the most interesting menus in the world. It was sort of a global thing."

Aside from looking at other menus, he hired a bunch of people from the Rhode Island School of Design to help modernize the styles when switching over to the web.

The UI of the product is kept "old school" so that more people are familiar with how it works without a steep learning curve. While they have a Getting Started video, extensive customer teaching isn't needed either:

"We don't focus too much on teaching people how to be designers because I think that should be built-in enough to where they get that end product and it looks good."

The positive side-effect of the familiar layout and forgiving nature is that customer support request volume stays low. In hopes of keeping it that way, the team views new features through the lens of their potential effects on support. And while they may not educate their customers about their design abilities, they do invest time in making sure documentation and help docs are useful and comprehensive.

Keeping the product differentiated from competitors involves both a pricing strategy (iMenuPro is fairly affordable) and a feature strategy. Having a shorter list of more dynamic styles, as opposed to less flexible templates is key. Internally, Scott says:

"We always joke and say, 'Just go try that thing and then come back and we'll still be here when you need us.' It's just not as easy to use in so far as updating regularly and making the changes."

Part of the challenge for a product like iMenuPro is how to get the design looking great on different browsers. It involves a lot of math and the layout is tricky because of how the browsers do the math differently. Getting this right makes it feel like magic.

Janes asks Scott about key mistakes that he has made and learned from, and the theme was around not delegating enough:

"It's probably just my personality, but I've tried to do too many things by myself. I mean, we sell a DIY product and I'm sort of a DIY guy and that can be a mistake. You should really hire people."

Some of the key areas where he would delegate would be in marketing, followed by onboarding, and support:

"I mean, I'm not a marketer. I'm just a programmer. I tried to do the best I could, but I think that's an area to delegate."

"Everybody should spend a couple of hours a month doing customer support."

Don't misconstrue the price of your product in marketing materials.

"When the customer shows up, they happen to be trying the product out. Then they find out that it's not really free, it makes them mad and you've lost them."